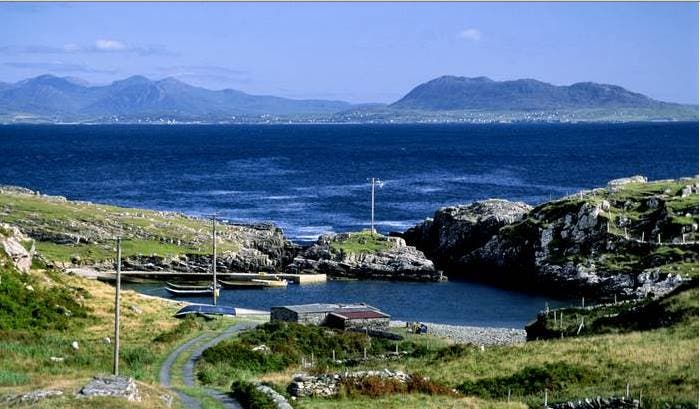 The idea of a Donald Trump presidency has filled many rational-minded Americans – especially Latino-Americans – with a great fear. The casual talk of mass deportations, of religious identity cards, of forcing the press to “tell the truth” are not proposals to be taken lightly. The talk of emigrating if the abrasive reality television star wins the election has become a running theme in the election – some taking it more seriously than others, but the fact that we have to discuss it at all is extremely disturbing.

Thankfully, our allies across the pond are ready to help. The Irish island of Inishturk has announced they would love to have Americans move there following a Trump victory. The tranquil island is in desperate need of new lifeblood, as their population has dwindled to 58, with only three children enrolled in school.

Mary Heanue, the island’s development officer, said that “I’ve heard there are quite a few people in America looking to move to Ireland and other countries if Donald Trump becomes president. I’d like them to know that we’d love to see them consider moving over here.

They’d be given a huge welcome and they’d find this is a fantastic place to live and to bring up children. Their kids would probably get the best education anywhere in the country too, because the teacher to pupil ratio is nearly one-on-one.

Although winters can be hard and it’s the kind of life that wouldn’t necessarily suit everyone, they’d find it very peaceful here and they’d soon find out there’s nowhere as nice in the world on a summer’s day than here.”

It certainly seems so.

While we appreciate the offer, it does mystify the author a wee bit – because last time he checked, the entire continent of Europe was experiencing a refugee crisis of people who actually needed sanctuary and would probably love to live on Inishturk.