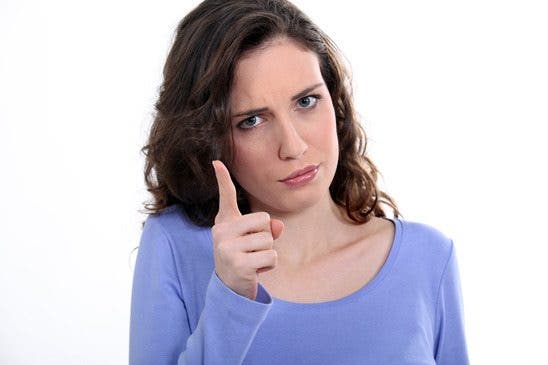 WATCH: The Crowd Loses It As Elizabeth Warren Roasts Trump At A Graduation Ceremony

The backlash against North Carolina’s discriminatory anti-transgender “bathroom law” HB 2 and the accompanying campaign that attempts to demonize LGBT Americans as dangerous predators and deviants continues to grow. Mother Stephanie Hunter of Denver, Colorado, took to social media to post an epic rant about the hypocritical vitriol aimed at transgender Americans – while the dangers and pressure that women are subjected to in a misogynistic world dominated by male chauvinism is ignored and entrenched:

Let me break this down for you. I have a daughter. She’s 6. She has the loudest laugh and the spazziest dance moves you’ve ever seen. I’m not scared by a bathroom.

In just a few years she may develop an eating disorder. She may be pressured to suck dick, or spread her legs, or sext, or chug booze.. All before she is the age of 13.

Does this shock you?!? Good. That’s the point. Statistically- all are true.. How does this happen??? Every second- every day- she is surrounded by images, songs, commercial, and more that mold her.

I have a 6 year old.. She swims in the bathtub with goggles. Creates waves that create puddles all over my floor. I laugh at her joy. She asks to fall asleep in our bed. She still snuggles me on the couch, and when she falls asleep I carry her to be bed covered in fairy lights. She’s scared of the bogeyman.

He’s real. He’ll rape her while she’s walking to her car. It will be her fault- she shouldn’t have been walking by herself of course. He’ll grab her ass while she’s serving him a drink. She’ll smile and ignore because she needs the tip. He’ll pay her less than her male counterparts. He’ll make condescending remarks about how she will make “cute babies”- before he hands her his hotel room keycard.

Again, all statistically true. Ask the female in your life if she’s ever been scared to walk to her car. Had to hold her purse a bit closer, keys in hand, lock the door immediately. Ask her how many times she looked over her shoulder. Ask your sister, or mother, or wife how many promotions she was passed over for, how many men have leered or cat called her, how many small concessions she’s made just to be seen as equal.

My daughter is 6. She loves ponies, and swimming, and daddy. She runs like the wind and rides her pink bike for hours. Begs me for one more cannonball. One more circling of the block.

She lives in a world that is built for men. Rewards men. Glorifies men. A patriarchal world where men can make statements like “I need to protect my daughter from “freaks” in bathrooms” but that also doesn’t point out the hypocrisy of not protecting them from assault, gender pay gaps, objectification, and abuse.

I hate to break it to you. Your daughter is less likely to be preyed on in a bathroom by a “freak” and more likely to be viciously raped before the age of 35.

By someone who looks probably a lot like you.. Completely normal.

Scare you? It should. It scares me. My daughters least worry should be the Target bathroom.

Because she needs to be prepared for the world we’ve made for her. And it’s a terrifying one.

But by all means- go protest a Target. Because that’s the real problem right?!?

My daughter is 6. We have so much to do. I have to raise a warrior.. To save her. From you.

Her letter is a heartbreaking reminder that an American is sexually assaulted every 107 seconds, adding up to almost 300,000 attacks every year. One in six American women will be raped or suffer an attempted rape during her lifetime; there are 17.7 million rape survivors living in the United States today. Rape culture is pernicious and omniscient in this nation; anyone who has spent more than ten minutes online has witnessed the horrifying avalanche of degrading, dehumanizing, and misogynistic harassment that are directed at women ever day. The vast majority of the perpetrators of these heinous crimes are cisgender males, empowered by a culture that celebrates the objectification of women and is constantly finding ways to excuse the violence that millions of men inflict on women every day. Just look at how the presumptive Republican front-runner speaks of his own daughter:

Trump says creepy things about Ivanka being hot because, to him, hot is the most valuable thing a woman can be.

Most attempts to prompt a dialog or even a recognition of the institutionalized misogyny and encouragement of rape culture in America are met with howls of rage from conservatives or so-called “men’s rights” activists who simply attempt to disingenuously derail the conversation with false narratives or other ridiculous false assertions that attempt to whitewash or redirect blame away from men.

It’s far beyond time that as a modern, civilized society, we stop pretending that the absurd moral panics of the right-wing hold any merit at all, and recognize them for what they are: flagrant and crude attempts to impose their draconian standards of gender roles and sexual morality on an unwilling populace. This imposition of patriarchal values also functions as a distracting smokescreen from the relentless efforts of religious zealots to strip women of agency over their own bodies. Every human, no matter what gender, or ethnicity, or religion, or race, or where they were brought into the world, deserves to be treated with the same respect that men feel entitled to today.

For some more food for thought, consider this excellent post by @feministontinder:

“we do not live in a culture where men are told not to get drunk or to avoid wearing tank tops to help prevent being raped.

we do not live in a culture where men are told to watch their drinks, use a buddy system at bars, and are given cute little pepper spray keychains to thwart rapists when they move out of their parents’ house.

we do not live in a culture where a man’s value is consistently reduced to his sex appeal and he is actively shamed for his failure to adhere to beauty standards regardless of other accomplishments.

and I hope we never do.

because the rape culture that affects women on a daily basis is frightening and active and internalized and public and obvious and somehow still often denied and I would never wish for men to experience, as women do, a looming sense of sexual danger that’s written off as primal instinct or ‘you must have been asking for it.’

but until men are routinely and systematically and as often as women told ‘don’t drink too much or you’re asking for it’ and ‘cover your chest it invites the wrong kind of attention’ and ‘never leave your drink alone’ and ‘make sure you always have a friend to walk you home’ and ‘I hope you never need it but I got you this cute little pepper spray keychain to help you feel safe’ and until the media coverage of male rape victims includes a description of his outfit and detailed previous sexual history and level of intoxication to reinforce that he may somehow be at fault for his own rape, I don’t wanna hear anyone using male rape victims to derail a conversation about how rape culture affects women specifically.”

Colin Taylor
Opinion columnist and former editor-in-chief of Occupy Democrats. He graduated from Bennington College with a Bachelor's degree in history and political science. He now focuses on advancing the cause of social justice and equality in America.
Latest Posts
Tags
feminism misogyny style