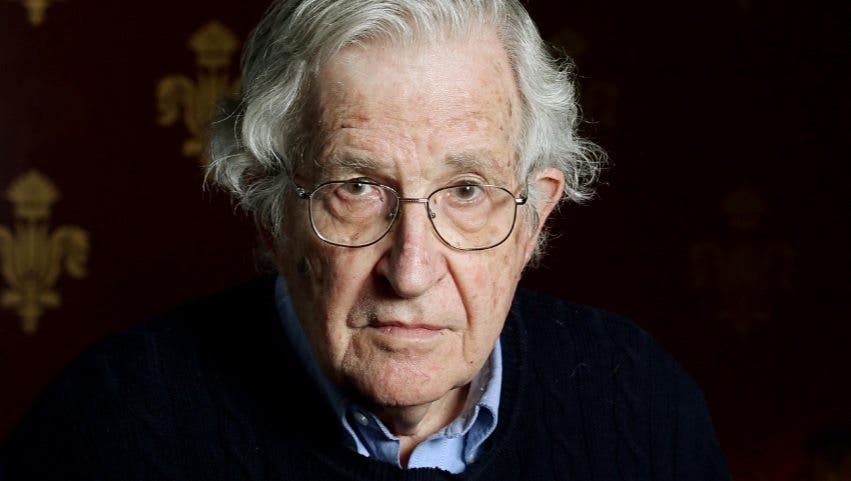 It should be clear to all reasonable people that the Republican Party and their convoluted “values” are a clear and present danger to the well-being of the American people and the health of our democracy. Renowned philosopher and political activist Noam Chomsky sat down with DemocracyNow to discuss the rise of Donald Trump and the implosion of the Republican Party, and he didn’t pull any punches when it came to the band of far-right extremists that are holding our government and our democracy hostage.

“The fact of the matter is that today’s Republican Party qualify as candidates for the most dangerous organization in human history… just what they call a radical insurgency, which has abandoned parliamentary politics. And they don’t even try to conceal it. Like as soon as Obama was elected, Mitch McConnell said, pretty much straight out, ‘We have only one policy: make the country ungovernable, and then maybe we can somehow get power again.’ That’s just off the spectrum.”

Chomsky then goes on to lay the blame squarely at the feet of the neoliberal era, beginning with the end of the Carter presidency and sharply escalated by the Ronald Reagan administration, which began funneling the wealth of the middle class that was gained during the post-war boom up towards the richest of Americans:

“This period, which has been a period of stagnation and decline for much of the population in many ways—wages, benefits, security and so on—along with enormous wealth concentrated in a tiny fraction of the population, mostly financial institutions, which are—have a dubious, if not harmful, role on the economy. This has been going on for a generation. And while this has been happening, there’s a kind of a vicious cycle. You have more concentration of wealth, concentration of political power, legislation to increase concentration of wealth and power, and so on, that while that’s been going on, much of the population has simply been cast aside. The white working class is bitter and angry, for lots of reasons, including these. The minority populations were hit very hard by the Clinton destruction of the welfare system and the incarceration rules. They still tend to support the Democrats, but tepidly, because the alternative is worse, and they’re taking a kind of pragmatic stand.”

This is why a large portion of the American people have so forcefully taken up the banner of Senator Bernie Sanders (I-VT) and his message of economic justice. The elites of both parties are guilty of working too hard to protect that status quo and have been sacrificing their mandate from the American people to govern effectively on behalf of the common people – and not just catering to the whims of the ultrawealthy. Income inequality is the worst it has ever been; wages have been stagnant for decades while corporate profits skyrocket to unseen heights.

Millions of Americans spend their lives locked in cages while the government spends our tax dollars to keep them there; pharmaceutical companies flood the nation with addictive painkillers; defense contractors use our government to peddle deadly weapons around the world, creating new conflicts and new markets, while causing the deaths of millions. The fossil fuel industry pollutes our skies, inducing an environment cataclysm that will wreak havoc on human civilization as we know it – and using their profits to deny that the threat exists at all.

The Republican Party is indeed one of the most dangerous organizations in human history, and while we can revel in their collapse, the threat posed by Donald Trump cannot be understated. A continuation of the status quo is not what our nation – or the world – needs. The time for change is now.