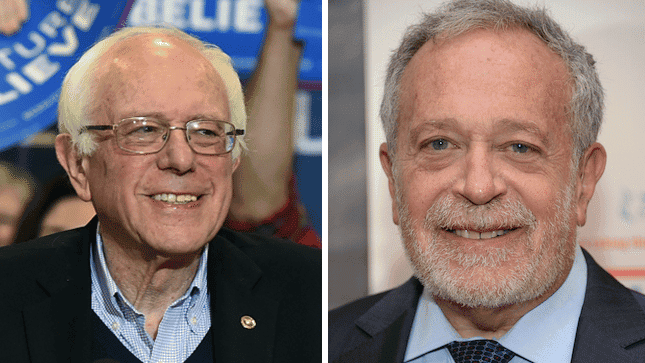 It is with great trepidation that we are seeing the Democratic primary grow ugly as the battle between former Secretary of State Hillary Clinton and Senator Bernie Sanders (I-VT) drags on, with the supporters of both candidates growing increasingly frustrated with the other. Secretary Clinton is inexorably grinding her way to towards the nomination, maintaining her substantial lead but unable to fully shake the populist power of Sanders, for whom the door is closing but whose fate is yet to be sealed.

Tensions between the two camps are growing toxic. With Donald Trump having emerged victorious from the dumpster fire that was the Republican primary and somehow standing strong despite a near-daily stream of gaffes and scandals, many Clinton supporters are growing anxious to switch into general election mode while still wishing to see the democratic process play itself out while the Sanders movement rightfully vows to fight to the last while still nervously keeping one eye on the other side of the aisle.

Former Labor Secretary Robert Reich posted his thoughts on Facebook last night, and he has an important message that ALL Democrats should take to heart.

Many of you who support Bernie ask me what you should do at this point. My suggestion:

1. Continue to work like hell for Bernie, especially given upcoming primaries in California and New Jersey on June 7. Putting aside superdelegates, the difference between him and Hillary Clinton isn’t huge. So far, Bernie has won nearly 10 million votes and has 1,499 pledged delegates. Hillary Clinton has won 13 million votes and has 1,771 pledged delegates. California could make a huge difference.

2. Don’t demonize or denigrate Hillary Clinton. If she wins the Democratic nomination, I urge you to work like hell for her. She’ll be the only person standing between Donald Trump and the presidency of the United States. Besides, as I’ve said before, she’ll be an excellent president for the system we now have, even though Bernie would be the best president for the system we need.

3. Never, ever give up fighting against the increasing concentration of wealth and power at the top, which is undermining our democracy and distorting our economy. That means, if Hillary Clinton is elected, I urge you to turn Bernie’s campaign into a movement – even a third party – to influence elections at the state level in 2018 and the presidency in 2020. No movement to change the allocation of power succeeds easily or quickly. We are in this for the long haul.