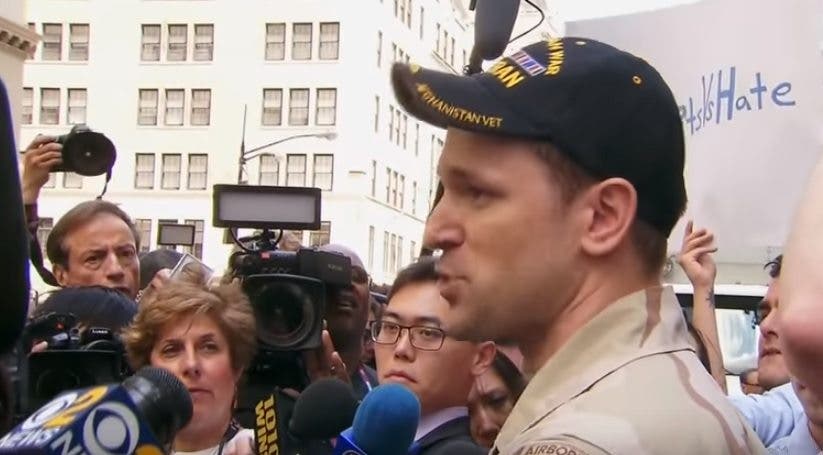 Donald Trump has recently made headlines for his failure to follow through on promised donations to veterans groups – and our vets aren’t happy. Our fighting men and women are tired of being used as a political prop, only to be discarded when no longer useful – and upset to see Trump promoting hate and discrimination that fly in the face of the values that our nation was founded on.

During a rally in New York City, veteran Perry O’Brien, who served three tours overseas, ripped into Trump for his divisive rabble-rousing and his hypocrisy when it comes to our brave vets.

“When I served in Afghanistan I served with women, I served with Muslims, and I served with Latinos — all groups that Donald Trump has maligned or even threatened. All of those folks actually donned the uniform. They actually served the country. As far as we can see as veterans in the military community, Donald Trump only seems interested in serving himself.

I think we all believe in the veterans community that it would be fantastic if Trump had decided he was interested in donating any of his vast wealth — which he loves to talk about so much — to veterans organizations in any substantive way before he decided he wanted to be the next commander-in-chief.”

We couldn’t have put it better ourselves.