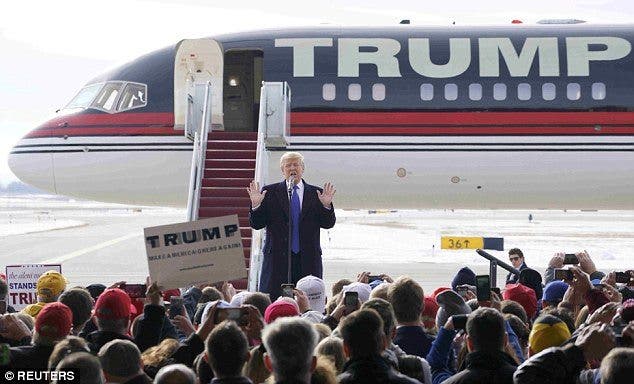 Unforgivable: Father Of Stanford Rapist Just Offered This Horrifying Defense Of His Son

Donald Trump lost big time against an Air Force Colonel who sued for Veteran’s Rights violations in the workplace against the Republican’s presumptive presidential candidate and won. The Trump Shuttle airline failed miserably ultimately given to the Citibank, who financed the foolish idea of a higher-priced commuter airline, but that didn’t stop Donald Trump’s team from taking the time to discriminate against a high ranking officer who was Vietnam War veteran pilot, Charles Beattie.

Beattie crushed Trump and his presumably high priced lawyers by eliciting this opinion in his favor from the judge:

Trump argues that it denied Beattie a job because he was unavailable, not because he was a reservist. The Court does not doubt this to be true, and it notes that many of Trump’s pilots are also reservists. But the simple fact is that Beattie was unavailable because of his military duty. The language of § 2021(b) (3) prohibits a reservist from being denied employment because of “any obligation as a member of a Reserve component.” 38 U.S.C. § 2021(b) (3). The statute does not condition its protection upon the reservist’s availability at a time specified by the employer. Although the Court sympathizes with Trump’s business needs, Congress has, through the Veterans Reemployment Rights Act (VRRA), expressed a policy decision that employees and job applicants are to be given unconditional protection against discrimination based upon their conflicting military duties.

Colonel Beattie was a pilot employed by Eastern Air Lines in 1988 and assigned to the Air Force reserve, when the presumptive Republican nominee loaded up on debt and bought the Eastern Shuttle in October 1988 – three months after Beattie went on approved leave – which is when Donald Trump launched the doomed Trump Shuttle.

Col. Beattie was given permission to take leave and ordered to attend the Industrial College, a section of the National Defense University devoted to the study of the political, military and economic strengths of the world’s major nations, and was then considered key to advancing within the ranks of the military.

Trump’s purchase agreement required him to extended offers of employment to all Eastern personnel, by job position, with hiring preferences to be based upon each applicant’s seniority status at Eastern and Trump ultimately hired approximately 200 other pilots, and admitted to the court that

Col.Colonel Beattie flew a C-130 cargo plane over the dangerous jungles of Vietnam, while Trump deferred entering the draft in the 1960s and the two were of approximately the same age. Beattie possessed the requisite seniority to have been selected from within the group of applicants for pilot positions according to the judge’s ruling. But Trump’s team didn’t want to follow Federal labor protection law, so they stiffed the Air Force Officer and his only recourse was going to court to sue the man who denied his rights. Around that time, Trump was busy making offers to buy American Airlines too, but indsutry watchers then said:

‘I’ve always looked at him as a publicity hound,” said J. Michael Short, an analyst with Wealth Monitors Inc., a stock research firm that watches the investments of prominent raiders to glean stock tips. ”Maybe the motive for him is that Marvin Davis and Al Checchi have had their name in lights recently and he hasn’t,” Mr. Short added.

As for the Trump Shuttle, Citibank wound up taking it from the then teetering on personal bankruptcy Trump after he couldn’t pay his bills anymore, and eventually brokering a deal to sell it to US Air many, many years later. In fact, Trump required his very on bank bailout for mismanaging the Trump Shuttle, his casino spending spree and other many other ill fated real estate ventures using high interest rate debt. The New York Times described Trump’s 1990 financial collapse, and subsequent bank bailout from $2,000,000,000 in debt thusly:

Donald J. Trump narrowly avoided missing a payment deadline that could have led to personal bankruptcy.

But for the developer, who once seemed nearly invincible, the deal comes at a humbling cost: He has been forced to cede management control over his multibillion-dollar empire, at least temporarily, to the bankers who came to his rescue, and he must learn to live on $450,000 a month, and even less in future years.

It’s unknown if airports are charging the Trump campaign for the costs of providing security at tarmac events, but seems like a form of “candidate welfare” that only a welfare king would concoct. But a big part of the racist Republican’s campaign for President involves using his Trump airplane as not so subtle reminder of his past business dealings. The Republicans have been pushing the fallacious idea that its ok to run government like a business, and Trump is playing that card constantly with his small, aging airplanes and helicopters. An airplane is the frequent backdrop for a Trump speech to supporters only, since it skips the need for the candidate to pay for security at the airport.

Much of America’s commercial airplanes are flown by armed services reservists and veterans who served our country, so you would think that someone buying an airline would have special reverence for those brave men and women serving our country – but not the Republican standard bearer, the vulgar reality TV maven Donald Trump.