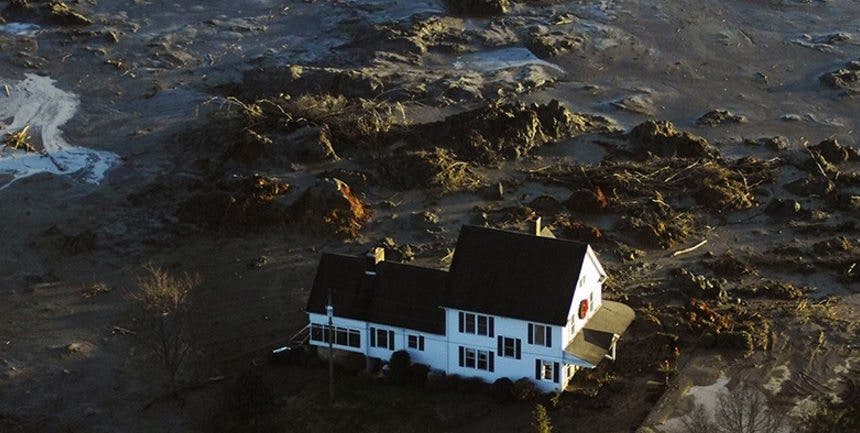 Environmental activists in the overwhelmingly poor and overwhelmingly black Uniontown, Alabama are being sued for $30 million because they decided to speak up against the toxic waste that is devastating their community. Two companies, Green Group Holdings and Howling Coyote, own a coal ash landfill that is polluting the town and has reportedly expanded into an old slave graveyard, desecrating the hallowed ground with the detritus of modern industry. Residents Esther Calhoun, Ben Eaton, Mary Schaeffer, and Ellis Long have formed a group called Black Belt Citizens for Health and Justice to take a stand and raise awareness of the rampant pollution and to shame the companies that take advantage of the poverty and marginalization of their town’s citizens for their own profit.

In response to their vivid descriptions of how atrocious living conditions have become in Uniontown since the coal ash landfill opened in 2007, Green Group Holdings and Howling Coyote have joined forces to sue the four activists for a staggering $30 million, on the ridiculous grounds of “defamation.”

But the activists are simply telling the truth. Coal ash is incredibly toxic. The Physicians Association for Social Responsibility testifies that “coal ash – the waste material left after coal is burned – contains arsenic, mercury, lead, and over a dozen other heavy metals, many of them toxic,” and poses “an acute risk of cancer and neurological effects as well as many other negative health impacts:  heart damage, lung disease, kidney disease, reproductive problems, gastrointestinal illness, birth defects, and impaired bone growth in children.” The citizens of Uniontown are being denied their fundamental right to a clean and healthy environment. Poor, black, and forgotten, the people of Uniontown have little way to fight against the monolithic power of multinational fossil fuel corporations, who see the town only as a hazardous waste receptacle and show no regard for the people that live there or the environment around it.

This appalling attempt by Green Group Holdings and Howling Coyote to deny community members their First Amendment right to freedom of speech would not happen in a town with residents who were more empowered, who did not suffer from systemic silencing and disenfranchisment that poor African Americans are faced with every single day. Uniontown residents are vulnerable to intimidation by huge companies that  a town where over half of its people live below the poverty line and the median per capita income is a paltry $8,000 per year. The American Civil Rights Union has spoken out, saying, “The town’s numerous problems reflect an abject failure at every level of government to value residents’ — Black residents’ — lives and health.” We need to start paying attention to the power of big money in communities that are too often erased from public view, and stop allowing companies to trample over the poor and marginalized, denying them a safe environment and the right to free speech.