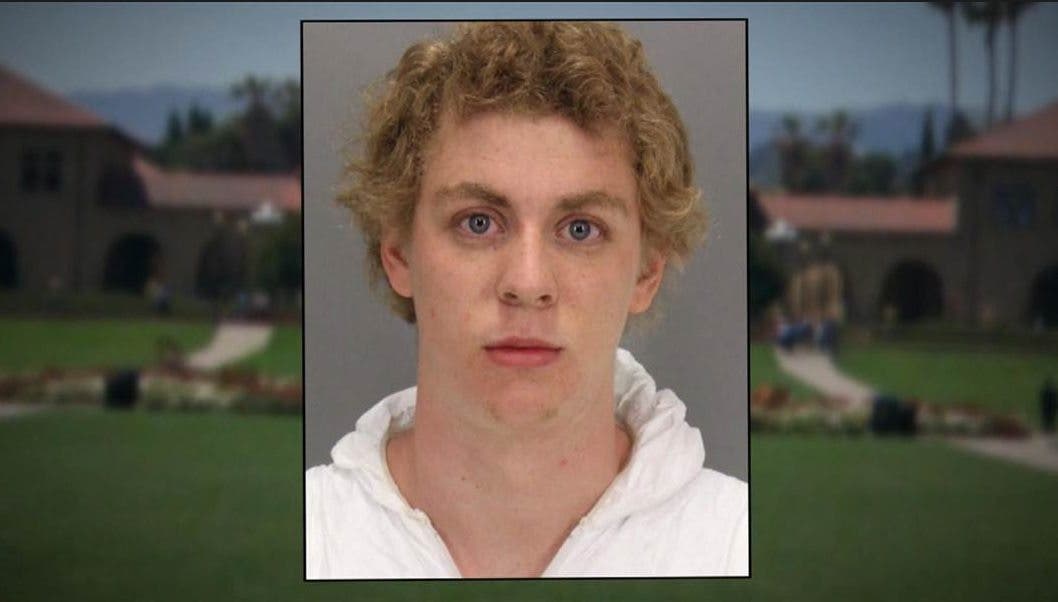 The now-infamous Stanford rapist, Brock Turner, has made headlines by refusing to acknowledge responsibility for his heinous crime – the raping of an unconscious woman behind a dumpster – and enlisting his friends and family to continue the denial of his culpability. We finally have access to the full statement he made to the judge, and his determination to pin the blame on anything and anyone besides himself is an outrageous attempt to thwart justice.

Turner suggested to the judge that he atone for his crime by speaking out to prevent similar crimes from happening. But right off the bat it is clear that he is either a sociopath or simply so desperate to exonerate himself that he will shift the blame onto the culture of “binge drinking and sexual promiscuity.” According to Turner’s narrative, he was drunk and promiscuous – both normal things for a college student – and that rape was a result of these two cultural factors. Essentially, what he’s saying is that “the liquor made me do it! Oh lord, if only I hadn’t touched those devil spirits I would have never laid my hands on that poor girl!”

First of all, there millions of Americans who enjoy their drink with increasing frequency and fervor who manage to make it through years without raping someone. Second, Turner seems to have misunderstood what the word “promiscuity” actually means: having many sexual partners. Promiscuity implies having consent from many sexual partners, not going around and having sex with anyone, regardless of whether they are conscious and consenting, because normally when we speak of sexual partners, they are partners and not rape victims. Turner’s appeal here is really asking the judge to let him off the hook as long as he tells other people not to drink or be “promiscuous” because they might rape people, shifting the blame off of himself and his decisions and onto inanimate objects and a fabricated slut-shaming narrative of college hook-up culture.

In fact, Turner even has the gall to acknowledge that he made the decision to rape his victim. He casts himself as the victim of, “the destructive consequences of making decisions while under the influence of alcohol.” For most people, decisions about rape never come to the forefront; billions of people live without violating the bodily integrity and sexual dignity of another human being, even when drinking.

His selfish, petulant narrative continues when he says, “I wish I never was good at swimming or had the opportunity to attend Stanford, so maybe the newspapers wouldn’t want to write stories about me. I’ve been shattered by the party culture and risk taking behavior that I briefly experienced in my four months at school. I’ve lost my chance to swim in the Olympics. I’ve lost my ability to obtain a Stanford degree. I’ve lost employment opportunity, my reputation and most of all, my life. These things force me to never want to put myself in a position where I have to sacrifice everything.”

Is he trying to say that he thought his clearly enormous sense of self-entitlement from being a swimmer at Stanford would protect him? Or is he trying to distract us from the victim with his own privileged life story? Either way, Turner’s statement provides damning confirmation of what we already assumed – he is a sulky, self-pitying, egoistic criminal who steadfastly refuses to take responsibility for his deliberate actions and the heinous crime he committed. Swimming does not lessen responsibility for rape, and neither does growing up with privilege. He gives very little attention to the trauma and pain that his victim is suffering through, focusing on himself and how upset he is that he has to face the consequences of his actions.

The biggest problem with Turner’s claim that the rape was “just a bad decision”, and his father’s defense that his son only got “20 minutes of action,” is that it trivializes a crime that means more to someone other than Turner. Sure Turner lost his place at Stanford and his chance at swimming in the Olympics, but at least he can wake up every morning with the security that no one has ever violated his basic human right to his body and forced him to become a sexual object of someone else’s pleasure. The case became about how sorry Turner is and how upset he is that his life has been ruined by his own actions and what a good boy he actually is, leading to an outlandishly light sentence of six months for three felony convictions – rather than the truth that he is a rapist who is making excuses to avoid taking responsibility for his actions. The real victim, the woman who was forced to undergo a horrible assault, and who was then brave enough to tell her story to the courts and to the public deserves our respect, and she deserves so much better than a legal system that lets rapists pass off their actions as “mistakes.”

Marisa Manfredo
Marisa completed her undergraduate degree in 2013 at the University of Wisconsin with a double major in creative writing and media studies. She is an advocate of progressive policies and focuses her interests on gender equality and preventing sexual and domestic violence.
Latest Posts
Tags
brock turner rapist stanford style

Twitter
Instagram
February 6, 2023
Scroll To Top
PRESS ESC TO CLOSE
We use cookies to ensure that we give you the best experience on our website. If you continue to use this site we will assume that you are happy with it.Ok