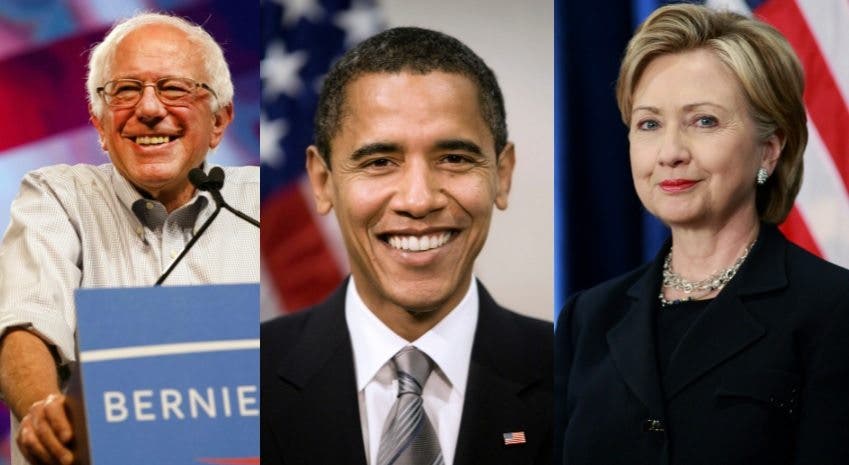 The heated and passionate Democratic primary has finally come to a close. With a string of decisive primary victories on Tuesday, former Secretary of State Hillary Clinton clinched the delegates required for the Democratic nomination. Looking towards November, liberals and progressives across the nation have been concerned about whether populist champion Senator Bernie Sanders (I-VT) would continue his principled defiance or accept his defeat with grace, embracing the ideals of a greater good that his campaign has been based on.

In a speech today, Senator Sanders made it clear that he was more than willing to put defeating Donald Trump and the urgent need to unify a shaky and splintering Democratic Party above his personal pride and idealism. He congratulated Secretary Clinton on her “strong campaign” and proclaimed that “I look forward to meeting with her in the near future to see how we can work together to defeat Donald Trump and to create a government which represents all of us and not just the 1 percent.”

Echoing the incredulity that the American people still feel at the idea of a notorious tax evader, professional extortionist, avowed misogynist and rabble-rousing bigot being given the nomination of the Republican Party, Sanders said that “it is unbelievable to me – and I say this in all sincerity – that the Republican Party would have a candidate for president who in the year 2016 makes bigotry and discrimination the cornerstone of his campaign” and that he would do “everything in my power” to make sure that Donald Trump does not become President.

Announcing that while he would stay in the race until the last primary was concluded in Washington D.C. out of respect for the voters there, “the only thing he’ll be taking to the Democratic National Convention will be his platform.”

It is a heartwarming and inspiring show of unity that the Democratic Party desperately needs. It is more important than ever that we put aside our philosophical differences and stand up to hatred, to division, to lies and ignorance. All our internal dissension and discussion about the details of the best way to rejuvenate the middle class and tackle income inequality pale in the face of the inevitable catastrophe that awaits us if Donald Trump takes the Oval Office. As the Republican Party thrashes in their death throes, torn between their revulsion at Trump’s naked racism and their desire to mount a viable challenge for the White House, our party unity is more important than ever. Our union itself is at stake and  and that is not hyperbole.

Add your name to call on prosecutors to ARREST DONALD TRUMP for his crimes!Advertisements
Tags
bernie hillary obama style Trump