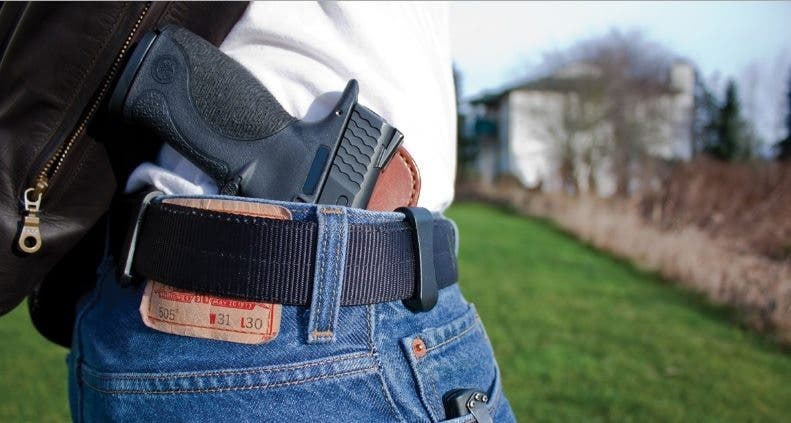 In a 7-4 decision, the 11-member U.S. 9th Circuit Court of Appeals has returned some sanity to the exploding demand for concealed gun permits that has been gripping the country – in the state of California, at least. The full Court has overturned a 2014 ruling handed down by a smaller 9th Circuit panel, by now saying that “California gun owners can be denied permits to carry concealed firearms in public unless they show a specific necessity for a weapon.”

The Los Angeles Times notes that, under California law, county law enforcement agencies set local rules that limited permits for concealed guns. Some counties are more restrictive than others – with some requiring more compelling reasons beyond a mere claim of self-defense to be issued a concealed gun permit. Gun owners in San Diego County had previously taken the sheriff’s department to court – which had denied concealed-weapons permits to some individuals who did not cite compelling reasons for their issuance. The 9th Circuit panel ruled for the gun owners in 2014, saying “that concealed weapon permits must be granted because the state had banned carrying guns open in public.”

The San Diego sheriff decided not to appeal. But Edward DuMont, California Solicitor General, resurrected the case and brought it before the full court. Politico notes that California officials maintain that loosening concealed-weapons permitting standards and allowing more people to carry guns threatens law enforcement officials and endangers the public. In fact, Orange County, which had relaxed its requirements are a result of the panel ruling, saw a flood of new applicants – doubling to more than 700 within six months of 2014 ruling. However, Orange County reversed course as a result of DuMont’s appeal and the willingness of whole 9th Circuit to review the panel’s decision.

In the most recent case, an attorney for the gun owners, Paul Clement, argued that “the self-defense standard should be sufficient and asking for more violates the 2nd Amendment right to bear arms.” Denying the argument, Judge William A. Fletcher, wrote: “The 2nd Amendment may or may not protect to some degree a right of a member of the general public to carry a firearm in public…If there is such a right, it is only a right to carry a firearm openly.” In other words, restricting concealed weapons and the right to open-carry are two different issues and the latter was not before the court.

So the Court did not decide whether California must permit residents to carry guns openly if they are prevented from carrying them concealed, only that counties may require a gun owner requesting a cancel-carry permit to offer compelling reasons. The sole issue before the court involved restrictions imposed on the concealed carrying of weapons. Again, the Court did not decided the larger question of whether the ban on the open carrying of guns violated the 2nd Amendment of the Constitution, because of California’s ban on open-carry.

Of course, gun owners were not happy, so the decision will be appealed. Chuck Michel, the lawyer for the gun owners in the case, says “his clients were disappointed but not surprised given the political inclinations of the judges on this panel…California law bans open carry, so the constitutionality of that ban will now be tested in a new legal challenge.”

The bottom line, at least for the time being, is a small victory for gun-control sanity and a small step in trying to stem the tide of gun violence where “every day 297 people in America are shot in murders, assaults, suicides & suicide attempts, unintentional shootings, and police intervention. Every day, 89 people die from gun violence: 31 are murdered.”