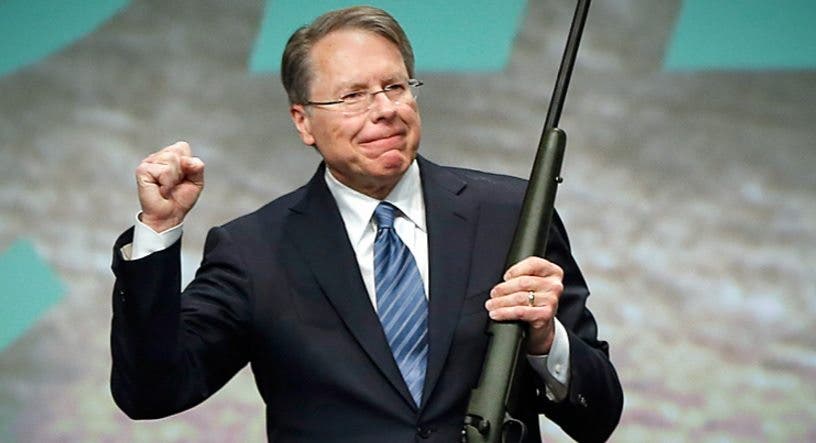 In the wake of each mass shooting, as tragedy grips the nation and even gun-promoting, LGBTQ rights-denying Republicans make sympathetic statements and offer their prayers, but the National Rifle Association (NRA) consistently refuses to even acknowledge the tragedies at all, much less the driving role its policies and lobbying play in exacerbating the ongoing epidemic of gun violence in America. The Pulse nightclub massacre has been no different.

The NRA has refused to issue a statement condemning the attack or offering sympathies and thoughts to the family, friends, and fellow club-goers whose lives have been permanently affected and whose trauma will take years to heal. Today, just over 24 hours since the Pulse attack, the NRA broke its silence by using the Twitter account of a magazine it owns to retweet from @NRABlog, “Need a gift for #FathersDay? How about a gift from the #NRA store?!”

The insensitivity that the NRA has shown in the face of the unthinkable brutality of the worst mass shooting in American history ought to provoke massive outrage. The NRA is silent on the massacre because it cannot deny the blood on its hands, and is unwilling to admit its role as arch-enabler of mass shootings because it is married to an increasingly untenable agenda. The NRA maintains that the Second Amendment guarantees American citizens to as many guns, and as many kinds of guns, as they like, with the most minimal system of background checks possible.

The accessibility of guns, in particular assault weapons like the AR-15 used in the Pulse, Newtown, and Aurora massacres, undeniably makes mass slaughter easier. Countries with strict gun controls face less violence than America where guns freely circulate. Providing easy access to assault rifles enables attackers to kill vast numbers of people; it simply is not possibly to injure and kill over 100 people, as happened in Pulse, with a knife or even a non-assault style firearm before police intervene within minutes. The NRA’s refusal to acknowledge the grief of the LGBTQ community that it directly enabled is disgusting, but to then turn around and promote its own agenda-laden merchandise is unforgivable.

Add your name to call on prosecutors to ARREST DONALD TRUMP for his crimes!Advertisements
Tags
#2A guns. nra style