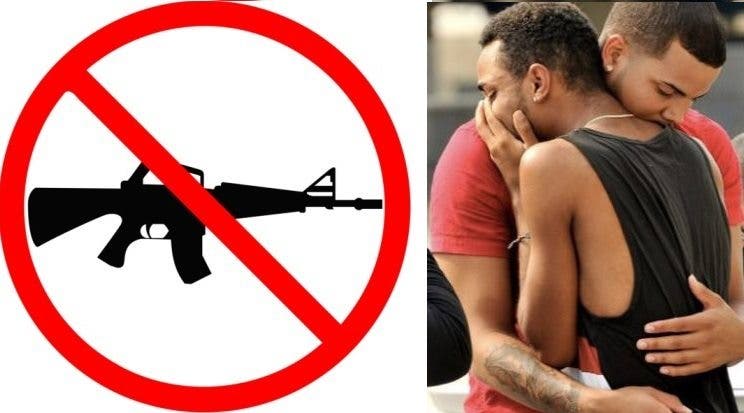 A Hedge Fund Manager Admitted To Stealing $57 Million From Clients. Guess What His Sentence Is…

The AR-15 has become the weapon of choice for mass shooters all over the nation. The massacres at the Pulse nightclub in Orlando, at Sandy Hook Elementary, at a movie theater theater in Colorado, and in San Bernadino were all committed using the same type of rifle. “It was designed for the United States military to do to enemies of war exactly what it did this morning: kill mass numbers of people with maximum efficiency and ease,” says lawyer Josh Koskoff, who represents the Sandy Hook families in their lawsuit against gun manufacturers.

The AR-15 is a semiautomatic rifle that re-entered civilian use with the expiration of the 1994 ban on assault weapons. While it is only legally sold as a semi-auto, it can – and often is – legally modified for fully-automatic fire. When combined with high-capacity magazines, a person can kill a horrifying number of people in a very short amount of time – as we see in massacre after massacre in our nation.

There is little civilian use for the AR-15 aside from their personal enjoyment of the handling and fire rate, despite the NRA’s billing of the weapon as suitable for home defense and “hunting,” even though there are much more effective weapons for both. Consider this review from a veteran:

“I served in the military and the M16A2/M4 was the weapon I used for 20 years. It is first and foremost designed as an assault weapon platform, no matter what the spin. A hunter does not need a semi-automatic rifle to hunt, if he does he sucks, and should go play video games. I see more men running around the bush all cammo’d up with assault vests and face paint with tricked out AR’s. These are not hunters but wannabe weekend warriors.”

But few weapons are as profitable for gun manufacturers as the AR-15. There is no reason that Americans should be able to purchase these dangerous weapons so easily.

Add your name to call on prosecutors to ARREST DONALD TRUMP for his crimes!Advertisements
Tags
AR-15 guns. style