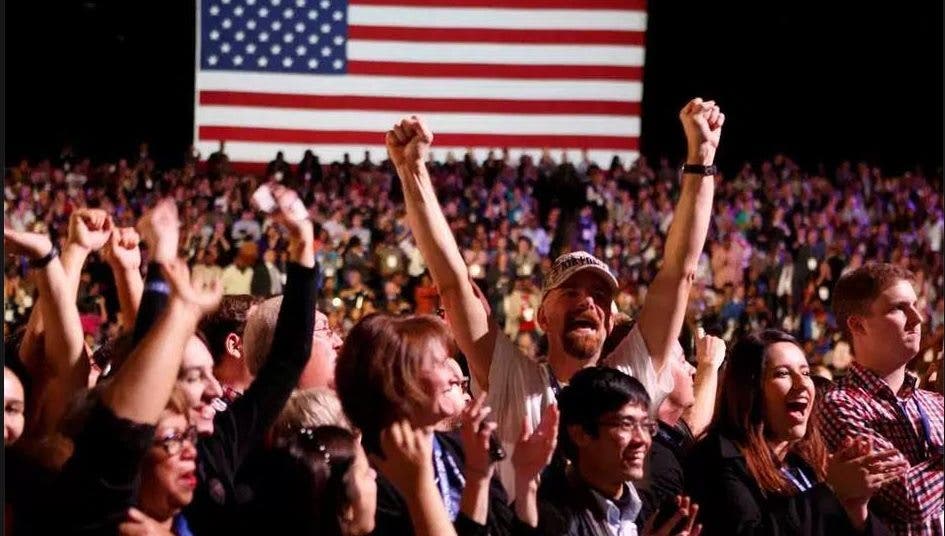 In a huge victory for gun reform advocates and a resounding defeat for the National Rifle Association, the Supreme Court has declined to take up a constitutional challenge to the ban on semi-automatic weapons passed in the states of Connecticut and New York. The refusal to pick up the case is a clear signal that SCOTUS believes that states have the right to to pass reasonable restrictions on certain types of weapons without infringing on an individual’s right to bear arms.

It’s an interesting case that puts the right-wing’s hypocrisy on full display once again. The Republican Party, which is obviously and shamelessly beholden to the NRA, is also a strong proponent of state rights – except when the states disagree with their agenda. In this case, the state of Connecticut passed a comprehensive package of gun restrictions following the horrifying massacre at Sandy Hook Elementary, where twenty-six children were murdered with a Bushmaster AR-15 assault rifle by a mentally unstable man.

Gun reformers were jubilant at the ruling, filled with hope that with this clarified, we can make some substantial progress on passing commonsense gun reform in this country. “The Supreme Court’s decision to let stand Connecticut’s assault weapons restrictions, is just the latest indication that Courts almost universally recognize that common sense life-saving gun laws are fully compatible with the Second Amendment, ” cheerfully exclaimed Jonathan Lowy, director of the Legal Action Project at the Brady Center to Prevent Gun Violence.

For their part, gun rights advocates are determined to keep trying. The president of the Connecticut Citizen’s Defense League said that his group is going “to renew our challenge to Connecticut’s blatantly unconstitutional ban as soon as there are five Justices sitting on the Supreme Court committed to the proper understanding of the Second Amendment” – which of course means “when Trump is elected and appoints conservative justices.” Seeing as that is an extremely unlikely prospect at this point, it is safe to say that states will be able to continue passing their own gun control laws if they see fit.

Unfortunately, that will not be enough in the long run. Each comprehensive gun control law is only as strong as the laws in neighboring states, and as we have seen in the violence ravaged-city of Chicago, all the harsh laws in the world mean nothing when you can drive twenty minutes to Indiana and return with weapons. If we really want to make any progress on enacting commonsense, reasonable gun reform that will still allow the American people to exercise their rights but will work to keep guns out of the hands of mentally unstable and those suspected of terrorism, we need to vote the Republicans out of Congress – and when considering their insistence on turning even the most basic functions of government into a long and drawn-out legislative battle, it’s obvious that’s something we need to do anyway.

Add your name to call on prosecutors to ARREST DONALD TRUMP for his crimes!Advertisements
Tags
guns. nra SCOTUS style