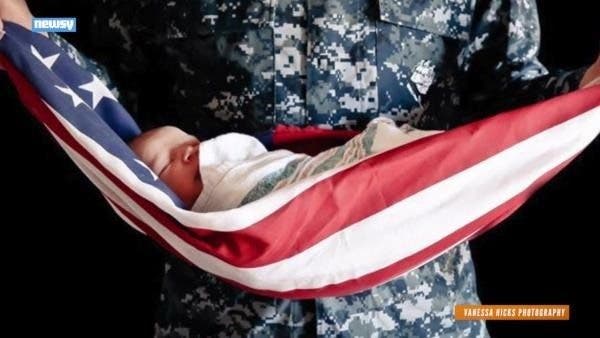 The Family Research Council (FRC), a right-wing religious extremist group that advocates a vile brand of homophobia and misogyny that would not be unappealing to the Taliban, is trying to prevent wounded veterans from accessing vital fertility treatments by blocking a bill that would expand Veterans Administration (VA) health coverage to include reproductive health procedures. The FRC tries to make its point by using labels for fertility treatments that are designed to terrify the public, including “human cloning three parent embryos” and warning that it will open the door to unholy, futuristic abominations like “artificial placentas.”

In reality, the bill would cover standard fertility treatments that would allow veterans to make the choice to be parents, and the FRC’s obstructionism is denying our service men and women their right to choose to start a family just because a group of ignorant zealots are too narrow-minded to join the twenty-first century and accept the fact that medical science provides enormous benefits to the human race.

The proposed bill would primarily provide in vitro fertilization (IVF), procedure in which a couple’s egg and sperm cells are combined in a petri dish and the fertilized egg is then implanted in the woman’s uterus. IVF has allowed more than 5 million couples worldwide to conceive since it was invented in the 1970s. Not only do veterans deserve the ability to start a family after their years of service, over 1800 Iraq and Afghanistan veterans are unable to conceive as a result of injuries they sustained in their tours of duty.

These “family values”are lobbying Republican Congressmen to deny our veterans the right to raise their own families.  FRC absurdly claims that offering fertility treatments that could lead to embryos with three parents is “terrible,” simply because it isn’t sanctioned in a book written two thousand years ago. In fact, although the term “three parent embryo” sounds like scary science fiction, ethicists have established a consensus that three parent embryos should be allowed; using three sets of genetic material allows women with a debilitating genetic disease to have healthy children.

The FRC is attempting to use pseudoscience and incomprehensible “ethical” arguments to insert themselves into the deeply personal decision every couple must make about parenthood. Worst of all, they seek to damn our wounded veterans to a life of infertility that could be easily treated. If the FRC spent less time trying to crush families with oppressive regulations and actually did some research, they might reach the sensible conclusion that veterans should have access to fertility treatment, especially when their service is a frequent cause of infertility. But if they would rather wallow in the fetid mire of ignorance and misogyny with groups like al-Qaeda, good riddance.

Add your name to call on prosecutors to ARREST DONALD TRUMP for his crimes!Advertisements
Tags
Family Research Council style veterans