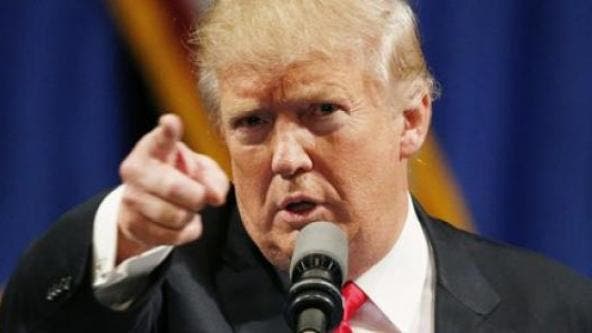 Today, on the morning of Brexit, presumptive Republican nominee, Donald Trump, took a break from his flailing campaign and arrived at his new golf course in Scotland. He is acting as un-presidential as ever, with comments about the British vote to leave the European Union (EU) that show he fails to grasp the significance of the referendum, and the concept of diplomacy.

According to the The Telegraph, Trump had some self-centered, greedy comments to make upon his arrival to his golf course, Turnberry:

He also said Brexit would be good for his golf course.

“When the pound goes down, more people are coming to Turnberry,” he said.

Brilliant to know that when a major country secedes from the world’s largest market, sending financial markets into turmoil and causing a collapse in a major currency, Trump is easily distracted by his own business endeavors.

Then he preposterously tweeted that Scots were cheering about the vote to leave the EU.

Just arrived in Scotland. Place is going wild over the vote. They took their country back, just like we will take America back. No games!

One problem: Every single Scottish county voted to Remain in the referendum.

Trump is clearly ignorant of the Scots’ attitude towards the EU and Brexit. Moreover, he must be totally oblivious to the long tense history between Scotland and England, the former of whom has been continually dominated by the latter. England voted to leave the EU, and Scotland did not, perpetuating a long trend of Scots feel alienated from the UK’s (mostly English-educated English men and women) in London.

In a quintessentially British gesture, oozing with snark, the Scots had preempted his arrival by surrounding Turnberry with Mexican flags, as a protest against the populist, nativist proto-fascism taking root in the UK and in America. Somehow, Trump managed to not get the glaring message.

Trump has demonstrated exactly how diplomacy should not be conducted – with self-interest at the forefront, ignorance of the issues involved, and insensitivity to the people affected. Perhaps the lesson here is that America would be better represented on the international stage by former Secretary of State, Hillary Clinton, than by the whirlwind of fact-shunning, money-grubbing, and fear-mongering that is Donald Trump.