Inspired by BREXIT, Unhinged Texans Take To Twitter to Demand Secession From The Union (IMAGES)

Last night, the United Kingdom stunned the world by voting to leave the European Union, immediately plunging global markets into a downward spiral and leaving progressives around the world questioning how facts lost and fear won so decisively.

Elderly voters from rural areas propelled the “Leave” campaign to victory. Old racists nostalgic for the days when Britain ruled the world and upset at seeing the children of  colonial coming home to the motherland gleefully discarded the futures and opportunities of Britain’s youths, who overwhelmingly voted to Remain.

The Brexit vote is a huge shot in the arm for protofascists like Donald Trump and a huge blow for cosmopolitan liberals, diversity, and tolerance in the world. It shows that we cannot simply write off Trump as an amusing distraction – the forces of uninformed ethnonationalism are not to be trifled with.

This comment from a reader of the Financial Times explains in no uncertain terms the gravity of the decision that was just made. 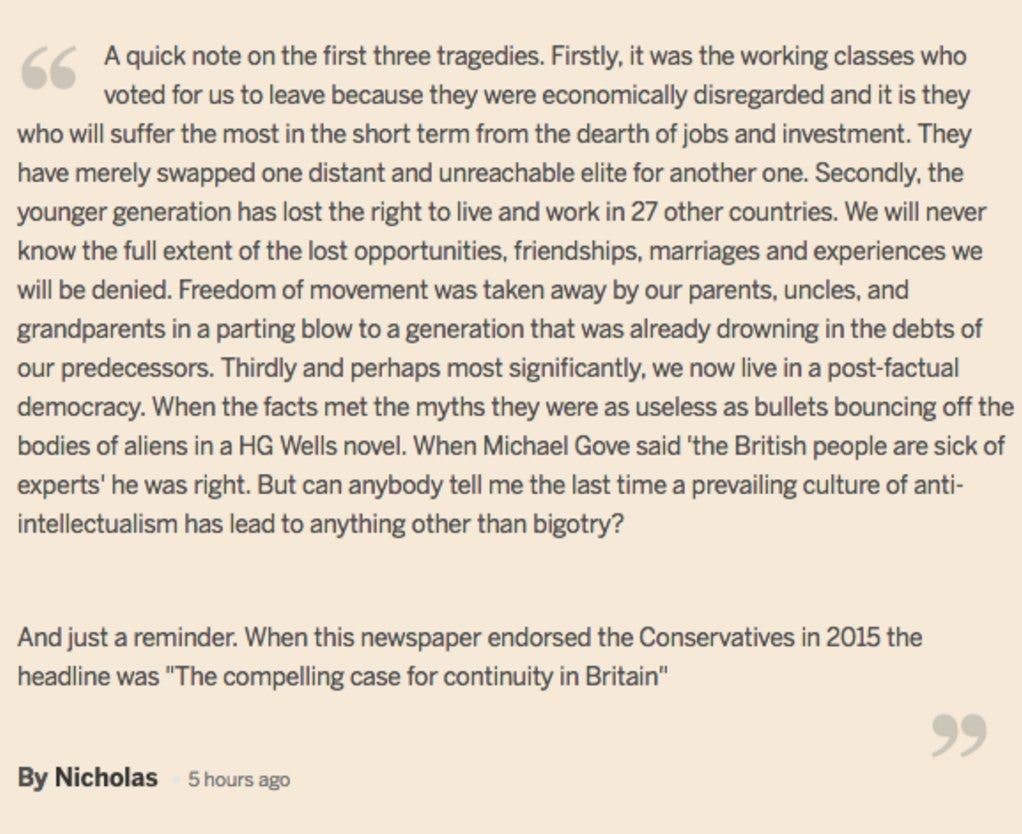