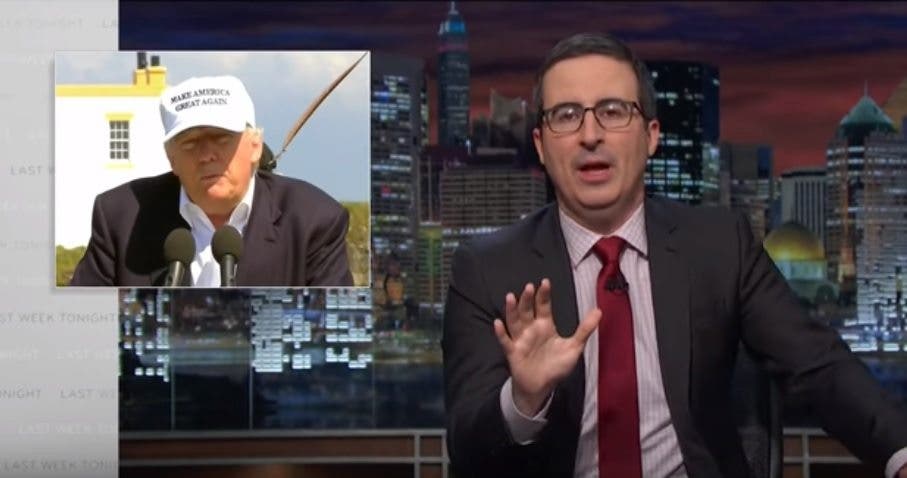 In this clip, former Daily Show correspondent John Oliver responds to the United Kingdom’s shocking decision to leave the European Union and paints a chilling picture of how Donald Trump’s British equivalents, Nigel Farrage and Boris Johnson, were able to use blatant lies to convince the people of England and Wales to make a terrible decision.

Farrage, the leader of the United Kingdom’s Independence Party has already walked back their promise to use £350 million that the union would have “saved” by leaving the EU on national healthcare, saying that this lie was “one of the mistakes the Leave campaign made.” It’s very easy to see Donald Trump, the morning after election night, announcing that all of his campaign promises were nothing but lies, seeing as he lies almost pathologically about everything he does – but by then, it would be far too late.

Oliver finishes with a deadly warning for us that we must heed if we want to preserve our own union. “He found a way to make this whole thing about himself. You might think, ‘Well that is not going to happen to us in America. We’re not going to listen to some ridiculously haired buffoon, peddling lies and nativism in the hopes of riding a protest vote into power.’ Well let Britain tell you, it can happen, and when it does, there are no f*cking do-overs.”