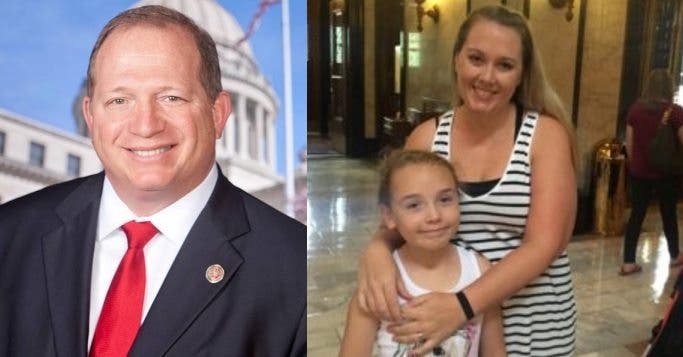 JUST IN: Texas Judge Rules Homeschooled Kids Waiting For The End Times Don’t Have To Learn Anything

A Republican state representative showed his true colors recently when he callously insulted one of his constituents looking for help to pay for her daughter’s desperately needed diabetes medicine. Distressed mother Nicole Nichols sent a letter to her Mississippi representatives asking for help to pay for supplies her eight-year-old daughter and all Mississippi kids with type 1 diabetes need to fight the disease. State Rep. Jeffrey Guice (R-Ocean Springs) had the nerve to laugh in her face and reply with “I am sorry for your problem. Have you thought about buying the supplies with money that you earn?”

Nichols email detailed how changes in insurance company supply sourcing has resulted in claims for necessary insulin pump supplies, which run as much as $2,000 a month being unable to be filed with the state’s Medicaid program. “We have recently begun having a lot of problems with Medicaid/CHIPS coverage for the essential diabetes supplies needed, not only to keep our kids healthy, but to keep them alive. Is there someone in the legislature that can and will help these children stay healthy? They must have these medications and supplies which administer the medications to stay healthy and, quite honestly, alive!”

Her insurance company outsourced the providing of diabetes medication to a different company that does not accept Medicaid due to the unusually low rate being paid by the state for the supplies, and Nichols – as well as countless other Mississippi mothers – are stuck with the bill. “Many people are absolutely appalled at his response. I think he is very misinformed about the people that have Medicaid. There is this really bad assumption that people who have Medicaid for their kids are not doing what they can to thrive and be successful and the majority of the people I know work one, two, sometimes three jobs and struggle because of the medical cost. They might not be doing exceptionally well but they are functioning members of society” says Nichols.

Mississippi is the poorest state in the United States, with a per capita income of around $20,000 a year. The heartless response by a Republican legislator – who is no doubt partially responsible for the lack of well-paying jobs in the state – is just one more example that they truly don’t care about their constituents or the well-being of the people in their states. What is politics truly about if not to care for the people who struggle to put food on the table, to live with the dignity they deserve, to keep their children happy and healthy?

Rep. Guice responded for comment with “I don’t do interviews.”