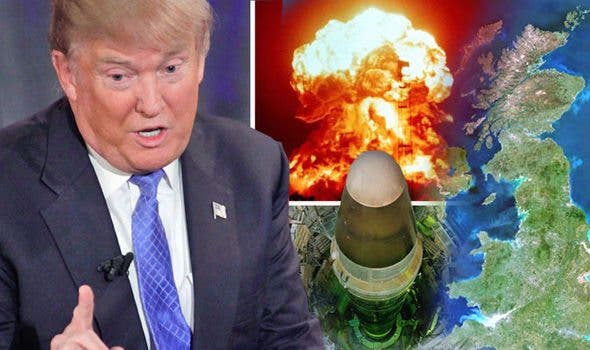 Guess What It Took For Republicans To FINALLY Demand Clean Water Regulations?

Today Trump gave a speech on trade at an old lightbulb factory that closed in 2013 in Manchester, New Hampshire, just next to the local airport. As a plane flew overhead, which is common next to airports, Trump suggested that the plane might be the Mexicans coming to attack.

In his speech, Trump spewed lies to feed anti-Mexican animosity among his supporters. He has used America’s southern neighbor as a scapegoat throughout his campaign for all of America’s social and economic problems, rather than taking a hard look at the challenges facing the U.S. Today marks a new step on the dangerous road of turning a close trading partner, ally, and friend into a sworn enemy.

Video: Trump sees a plane overhead, says “That could be a Mexican plane up there—they’re getting ready to attack.” https://t.co/ryWXqnrMgx

A president, the head of state and commander in chief of the armed forces, does not have the luxury to make crude “jokes” about foreign powers attacking. Trump continues to set ever more dangerous precedents – when is enough going to finally be enough?