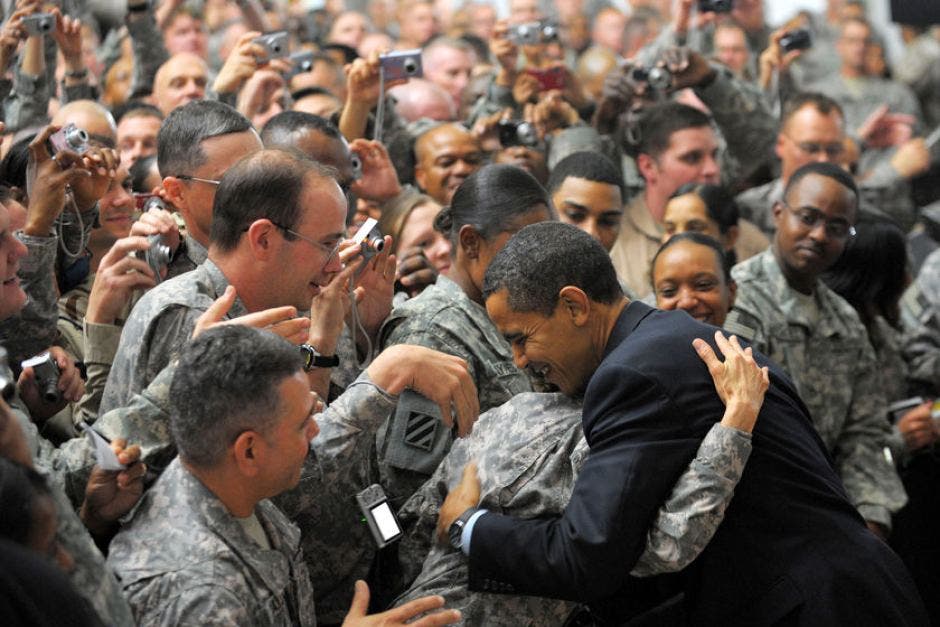 President Obama’s previously announced pay raise for the military and other federal employees – the largest such increase in five years – is set to go into effect at the end of the week in spite of Republican obstructionism on the bill. Soldiers will see their salaries rise by 1.3%, while all other federal employees will receive a 1% raise. The pay increase for the military is especially significant given that military pay had increased only minimally in recent years after being frozen from 2011 to 2013. The average salary of a soldier is about $40,000, a shamefully low figure that Republicans have done nothing to increase despite all of their cowardly war-mongering bluster that puts these brave men and women in harm’s way.

Indeed President Obama, and Democrats in general, are endlessly criticized as weak by Republicans who would apparently prefer a dictator, and are slandered as anti-American for supposedly not supporting our troops sufficiently. As with so many cliched republican talking points, however, these claims are in direct opposition to reality, with Republicans confusing support for meaningless wars and massacring civilians with support for our troops. Congressional Democrats originally proposed a 3.8% increase in pay for soldiers and other federal workers, but the bill was shot down by Republicans in the House, and it took significant effort to get these right-wing obstructionists to agree even to the more minimal pay increase – but they still see the need for billions to defense contractors to buy equipment we don’t need.

As they’ve repeatedly demonstrated, many Republicans have such a deranged hatred of President Obama that they will shoot down any bill, no matter how beneficial and necessary, that he supports. Such Republicans, usually so quick to criticize Obama as a weak and even traitorous commander in chief, have remained silent on the issue rather than give Obama the credit he deserves for granting soldiers their largest pay raise in five years or admit their own responsibility for keeping soldiers underpaid while keeping the pockets of arms dealers full.