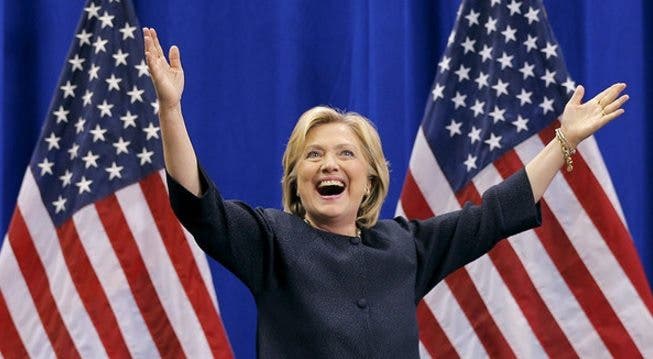 At a press conference this morning, the Federal Bureau of Investigation announced that they are not recommending that former Secretary of State Hillary Clinton receive charges in telation to the investigation over her use of a private email server during her time leading the State Department.

Speaking early Tuesday morning, FBI Director James B. Comey remarked that Clinton and her staffers had been “extremely careless” in her decision to use a private, off-site and non-secured email server to shield her documents from scrutiny and complained that she had misrepresented her storage of classified emails on the server, but at the end of the day found that no criminal intent was present and that charges would not be appropriate.

“In looking back at our investigations into mishandling or removal of classified information, we cannot find a case that would support bringing criminal charges on these facts. All the cases prosecuted involved some combination of: clearly intentional and willful mishandling of classified information; or vast quantities of materials exposed in such a way as to support an inference of intentional misconduct; or indications of disloyalty to the United States; or efforts to obstruct justice. We do not see those things here.

To be clear, this is not to suggest that in similar circumstances, a person who engaged in this activity would face no consequences. To the contrary, those individuals are often subject to security or administrative sanctions. But that is not what we are deciding now.”

The announcement is a vindication for establishment Democrats eager to move past this “scandal” and yet another blow to the vast right-wing conspiracy that works tirelessly to derail her campaign through the presidency, either through their interminable investigation of the 2012 terrorist attack on the US embassy in Benghazi, Libya or by somehow framing her use of a private email server – which was not against Department regulations when she did it – as evidence of some kind of treason, which is patently absurd.

Former Secretary Clinton is many things, but a traitor is not one of them. She has been a dedicated public servant for the majority of her adult life, and should be treated with the respect that deserves. Let us hope we can finally move past this petty and inconsequential investigation and focus on the real task at hand – defeating Donald Trump and retaking our Houses of Congress from the Republican legislative terrorists which currently occupy it.