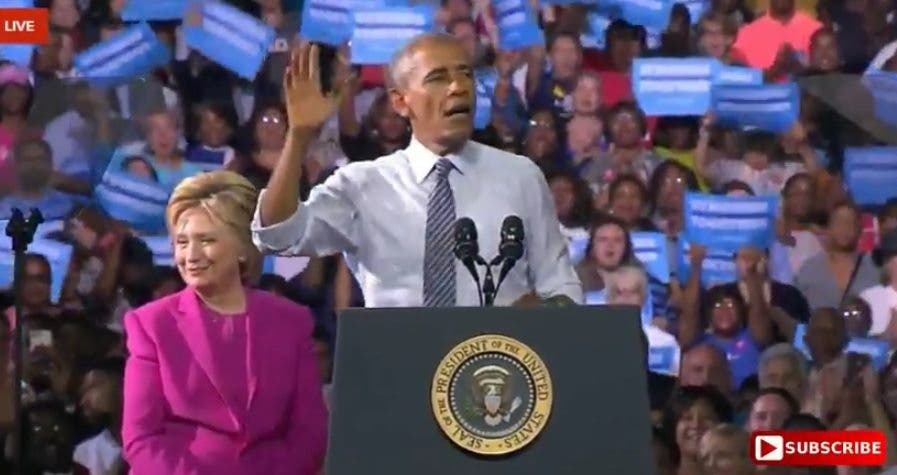 Trump Called Out Obama’s Use Of Air Force One. Keith Olbermann’s Response Is PERFECT

In this impassioned speech, President Obama officially endorses former Secretary of State Hillary Clinton for the Presidency of the United States and takes aim at the Republican Party for their divisive obstructionism that have been systematically making the lives of the American worker worse and worse while attempting to pass the blame to immigrants and liberals. “There has never been any man – or woman – more qualified for this office than Hillary Clinton. Ever” began Pres. Obama.

“If you care about working people, this election isn’t even a choice. I don’t care if you’re white, black, Hispanic…Economic problems aren’t the fault of immigrants or some big liberal socialist scheme! It’s the fault of Republicans in Congress and Republican governors across the country!”

For the first time in a century, the sitting President has signaled that he will campaign strongly for his successor – and the stakes of this election couldn’t be higher. After watching these two together, it’s clear that there is only one possible choice this November – and that’s to vote for Secretary Clinton.

Watch the LIVE stream of his speech here: