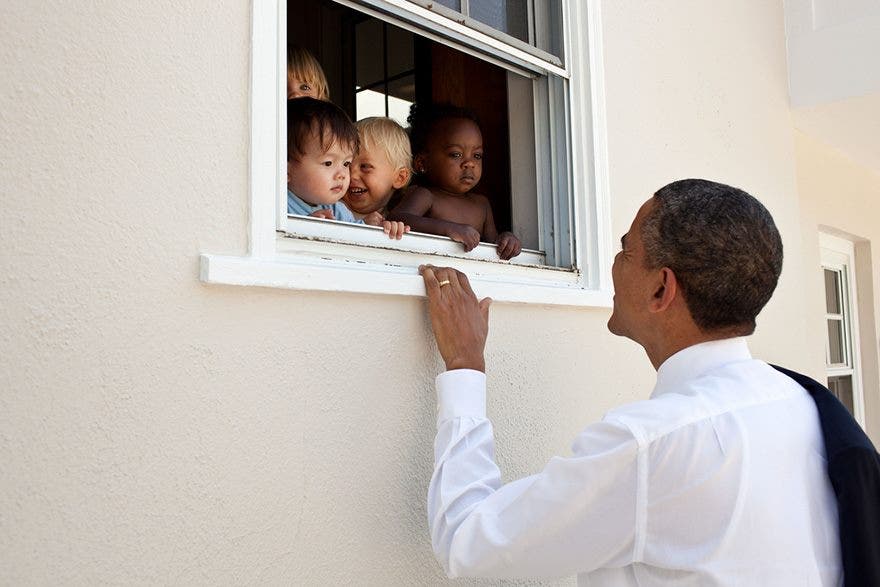 As President Obama’s final term winds down, official White House photographer Pete Souza has released a curated selection of the nearly two million photos that he’s taken of POTUS over the years.

The pictures are a beautiful microcosm of the President as a man and as the leader of the free world, from candid and mundane moments to deeply emotional images that give us a glimpse into the President as a husband and a father, stripping away the mystique of office and showing what a genuine and compassionate man he is at his core.

We will miss him deeply when he returns to private life, and we cannot repay him for guiding our nation out of troubled waters.