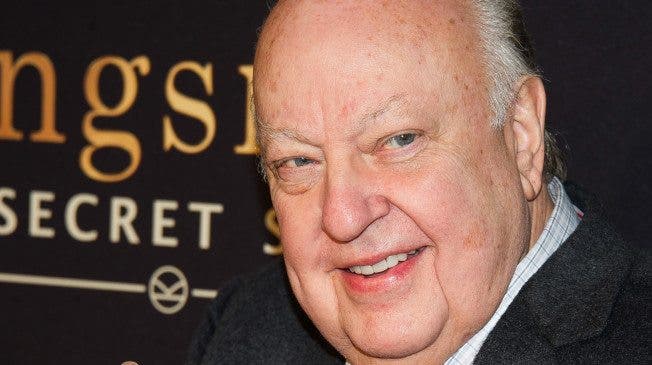 These John Legend Tweets About Cops Shooting Blacks Are Going Viral, And With Good Reason

After news broke that former FOX host Gretchen Carlson filed a lawsuit against the company’s CEO for sexual harassment and for cultivating a culture of pervasive discrimination against female employees, the floodgates have opened. Ten more women have contacted Carlson’s legal team to share stories about their own experiences of harassment, objectification, and marginalization at the company.

CNN’s Brian Seltzer believes this lawsuit could potentially be extremely consequential for the notorious right-wing propaganda and conspiracy theory factory:

This is a story that could have big ramifications for Fox News because Ailes has been in charge ever since it launched. You could say he rules the network with an iron fist. And he is beloved by a lot of staffers there, but he is not known for being politically correct. And I do wonder if in the days and weeks to come we’ll hear from other women who might corroborate Carlson’s story. In fact, I just spoke with one of the attorneys involved in Carlson’s suit. They say that ten women have called the law firm today, wanting to speak with the law firm because they say they also have stories to share about treatment by Roger Ailes.

Carlson alleges that Ailes tried to pressure her to have sex with him in order to improve her career opportunities at the company. An anonymous employee told the Huffington Post that Ailes would “always brags to people about how he doesn’t do polling or testing when he chooses his on-air talent. He told me that if he was thinking of hiring a woman, he’d ask himself if he would fuck her, and if he would, then he’d hire her to be on-camera” and that he told prospective hirees to “turn around so he can see my ass.”

Other FOX employees were well aware of the harassment by Ailes and other men at FOX like the odious Steve Doocey, as Politico noted that “everyone on staff knew about or saw Doocy make inappropriate comments, but most people just rolled their eyes at it.”

Given the casual and well-documented way that male FOX hosts objectify and belittle their female coworkers on the air, these allegations are extremely credible. With luck, their disgusting chauvinism and misogyny will have some serious ramifications for the network that scientific studies show literally makes you stupider as you watch it.

Here is a short clip of all the times Gretchen Carlson was objectified on the air:

Here is a staggering 70 more times FOX News was openly sexist on the air:

Colin Taylor
Opinion columnist and former editor-in-chief of Occupy Democrats. He graduated from Bennington College with a Bachelor's degree in history and political science. He now focuses on advancing the cause of social justice and equality in America.
Latest Posts
Tags
fox news Gretchen Carlson roger ailes style