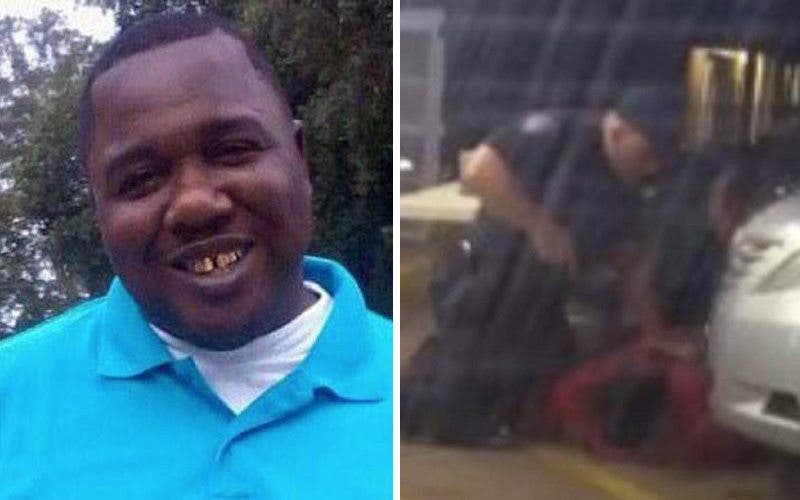 New information has come to light which proves that the killing of Alton Sterling by Baton Rouge police officers was entirely unjustifiable, no matter how hard you try to spin it. CNN reports that the 911 phone call to the police that warned of a deranged man waving a gun was actually made by a homeless man who was angry that Sterling wouldn’t give him any money. But the police jumped to conclusions when they arrived on the scene, treated an innocent suspect with unnecessary roughness before murdering him in cold blood.

The owner of the convenience store, Abdullah Muflahi, was very good friends with Sterling and said there was no way Sterling was waving his firearm about. “He’s not that type of person. It would have been a very big problem to pull his gun out” said Muflahi. This evidence is complemented by the fact that the second video was taken by the store owner himself – and the fact that he had Sterling’s face painted on the side of his store after the man died.

So what we have here is a clear cut case of racial profiling and a complete abandonment of protocol that led to a beloved father and yet another innocent black American lying dead on the concrete. The way in which the police involved tried to cover their tracks – by conveniently having their body cameras “fall off” and then confiscating the surveillance video – shows that they knew they were in the wrong.

This story may fall through the cracks in the firestorm that is sure to follow last night’s horrifying massacre of Dallas police officers, but both these incidents and all these lives lost must be taken as a clear wake-up call for the United States: we have a problem with police brutality, with racism, and with guns, and more lives will be lost until we address these issues like the civilized society we pretend to be.

Outside the market where Alton Sterling was shot by police a street artist paints his image on the store.