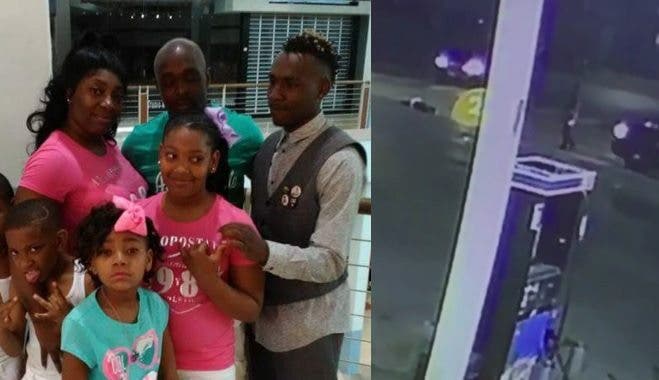 A Texas White Man Just Got In A Shootout With Cops. Guess How It Ended…

As if tensions in the United States weren’t high enough already, footage of yet another police execution of a black citizen has begun to circulate the internet – and this footage shows that contrary to police reports, he was not pointing a gun at the officers. His hands were up above his head – but cops opened fire and killed him with ten shots.

Alva Braziel was apparently wandering around the streets with a revolver at 12:40 am. The police approached him, asked him to put the gun down, when he raised it and pointed it at them, at which point they riddled his body with bullets.

But the video footage tells another story:

Appears to have his hands up right before being shot 10 times by the Houston Police late Friday night.https://t.co/rzi6azCAPv

As you can see, his hands are clearly up and above his head. He is cooperating, but that wasn’t enough to save him. Like the murder of Tamir Rice, Alva Braziel is shot almost instantly – no discussion, no yelling, no five second counts. Car parks, officer out, Braziel dead. The officers were wearing body cams, but we’ll soon find out if they were conveniently turned off or “fell off” as they did when Baton Rouge police murdered Alton Sterling.

A weapon was apparently recovered at the scene, but we know that police officers are known to plant weapons on black suspects and in any case Texas is an open carry state. He had every right to carry that weapon, but just like the murder of Trayvon Martin, white men went out of their way to provoke a confrontation with a black man before killing them out of fear for their own “safety”.

BlackLivesMatter protesters have made “Hands Up, Don’t Shoot”  their rally cry for a reason – because too many police officers have been caught shooting black Americans while their hands are up, casually discarding their lives and using their badge to shield them from murder.