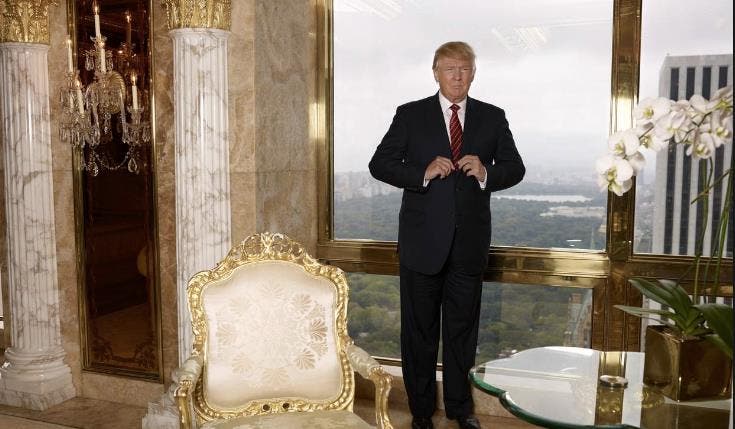 Last night in an interview with FOX News’ Bill O’Reilly, Trump proved once and for all that not only is he entirely unaware of irony but that his narcissistic complex knows absolutely no bounds. In an exceptionally ludicrous segment, Trump announced that he was the victim of a rigged system as a white billionaire whose father was also a billionaire – just like black Americans.

That’s right, the poor Trump, who started his career with only “a million dollar loan,” is comparing  his struggle to make a fortune by lying, cheating, and stealing his way to wealth to the centuries of systematic disenfranchisement and economic marginalization of black communities in the United States. It’s been long documented that whites have it much easier than black Americans do, and Trump, being a product of the one percent of the richest Americans, has spent his life being handed everything he ever wanted, as his childish behavior on the campaign trail is clear indication of.

Trump has managed to succeed even though his business career has been mediocre at best. His long string of failed ventures and chronic mismanagement of his companies would have doomed an entrepreneur who didn’t enter the game with as many advantages as he did. These kinds of remarks are absolutely outrageous and just go to show how out of touch Trump is with the struggles of everyday Americans.