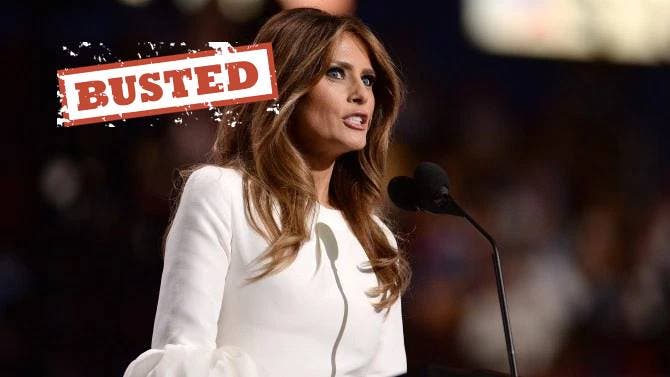 The attention brought on by Melania Trump’s apparent plagiarising of Michelle Obama’s 2008 speech in her address to the RNC last night is raising new doubts about certain aspects of the potential first lady’s background. In particular, her educational background is now coming under greater scrutiny.

Mrs. Trump’s official website claims that she obtained “a degree in design and architecture from University in Slovenia,” a claim that has been repeated by Mr. Trump and even by the RNC in its official convention program. The Slovenian writers of her biography, however, beg to differ. In their book Melania Trump ― The Inside Story: From a Slovenian Communist Village to the White House, Bojan Pozar and Igor Omerza assert that a young Melania dropped out of the University of Ljubljana after one year upon failing multiple exams and skipping out on a requirement to hold an internship.

Nor are they the only researchers to have come to this conclusion. Politico’s Julia Roffe wrote the same thing in an article that appeared back in April. One can easily understand why Trump and his coterie would insist on lying about Melania’s educational background: a desire to paint her as an intelligent and three-dimensional person rather than merely a pretty face and a trophy wife for the shallow Donald.

In conjunction with the plagiarism episode, however, the new revelations only serve to further confirm an image of Mr. Trump and his wife as lying, scheming, and manipulative. And the campaign has not helped itself with its response to both issues, refusing to comment on Mrs. Trump’s educational background and blatantly denying her plagiarism. One gets a sense of a Trump campaign more than happy to curl itself into a ball and shout “political correctness!” and “liberal media!” when confronted with the reality of its own deceptions and misbehavior.