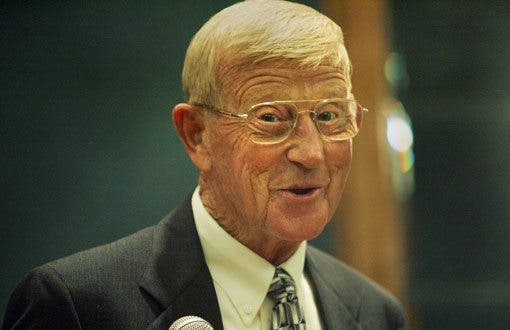 At a Republican National Convention (RNC) luncheon, the legendary former Notre Dame football coach Lou Holtz decided that he had some strong anti-immigration sentiments to share with the other attendees. He tried to make the case that the current “invasion” of immigrants is detrimental, and that they need to “become us” if they want to stay.

Fortunately for Holtz, in America you don’t have to celebrate any holidays you don’t like; and we are no more obligated to root for São Paolo than he is required to support USC football. Furthermore, immigrants do have entrepreneurial qualities that native-born Americans seem to lack.

As of 2012, immigrants comprised 18% of small business owners while making up only 13% of the population. They were also twice as likely to start a business as native-born citizens, and almost half of the top 50 startups were founded or cofounded by immigrants. In 2014, immigrants launched over a quarter of new businesses established that year.

So rather than stipulating that immigrants must “become us,” perhaps we should insist on putting their talents to use to grow our economy. Immigrants introduce vitality into sluggish markets by starting businesses that in turn increase the number of jobs available. America is a nation of immigrants, and we should not turn our backs on the greatness the came along with our immigrant roots.