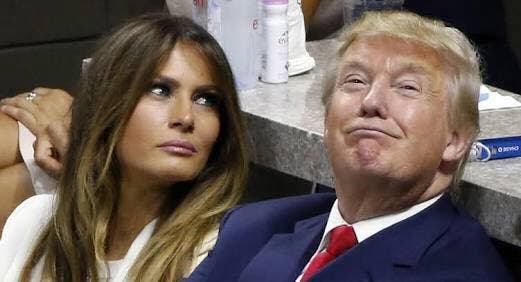 Melania Trump lied about writing her own speech and has been entirely exposed for it by now, but her professional speech writer just dropped another bombshell to MSNBC and the New York Times this afternoon. The plagiarized speech by the Lady Trump which copied Michelle Obama’s 2008 Democratic National Convention speech in two key areas didn’t contain either of the plagiarized passages when sent in as final drafts 10 days ago. Someone inside the Trump campaign altered the speech almost unrecognizably after the introduction, telling the NY Times that:

Matthew Scully and John McConnell, who had worked together as speechwriters during Mr. Bush’s first term, wrote a draft of Ms. Trump’s speech in June, sending it to the campaign for review about a month ago. The pair did not hear back from the campaign until about 10 days ago, according to one person familiar with the conversation, when they were told that the lineup of speeches and the timing of Ms. Trump’s speech had been changed, leading to the speech having to be shortened. Ms. Trump then worked with a person from within the Trump organization to make substantial revisions.

The speech-writing duo was not aware that the speech had been significantly changed until Ms. Trump delivered it on Monday night. According to one source, the only parts that remained from the original draft were the introduction and a passage that included the phrase “a national campaign like no other.”

Former Republican campaign manager Corey Lewandowski used his new “job” at CNN to call out the Trump campaign’s current leadership for the disastrous speech which set the internet ablaze with mocking of Melania Trump’s speech. Paul Manafort hasn’t been named as the Republican nominee’s official campaign manager yet, but has become Donald Trump’s de facto spokesman, only this morning, shamelessly claiming that Hillary Clinton had somehow caused Melania’s speech to bomb.

Trump’s campaign knew how closely this speech would be watched, so it’s also theoretically possible that this is an intentional tactic by the campaign to gaslight America with more blatant lies, to distract much needed attention from the party’s tepid embrace of a racist candidate who rode to the Republican nomination on a divisive campaign advocating wall building by tossing Melania who hadn’t said a word in public in 12 long months under a big bus. Would anyone put it entirely past a desperate Trump campaign that needs ever bigger thrills and spills to generate attention, no matter how negative?  No.

At least Melania’s advisors had the wisdom to retain their speechwriter’s description of the Trump campaign”a national campaign like no other” is a fitting turn of phrase.