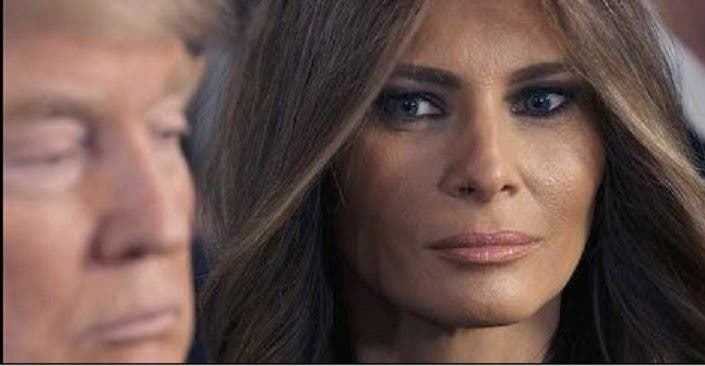 The Trump campaign has finally decided who is going to take the fall over Melania Trump’s speech plagiarization scandal. Melania was the subject of national ridicule after a sharp blogger noticed she had ripped whole paragraphs from First Lady Michelle Obama’s 2008 DNC speech, and the Trump campaign’s response has been interesting, to say the least.

First, campaign manager and Putinist turncoat Paul Manafort blamed Democratic nominee Hillary Clinton for the scandal, which absurd and really quite a shameless attempt to deflect attention away from lady Trump. Then, Melania swore she had written “most of it herself” and one of her speechwriters similarly swore that he didn’t plagiarize in his writing.

Now, realizing that some kind of action needed to be taken, the Trump campaign has presented speechwriter Meredith McIver as the sacrificial lamb to the public. McIver apologized for the “misunderstanding” and for including “some of [Obama’s] phrasing in the draft that ultimately became the final speech.”

“I feel terrible for the chaos I’ve caused Melania and the Trumps, as well as to Mrs. Obama. No harm was meant” wrote McIver.

The Trump campaign has conveniently rejected her resignation, because the suddenly magnanimous “people make innocent mistakes…we learn and grow from these experiences.” Coming from a man who turned “You’re Fired!” into a catchphrase, this sudden reversal of his pro-firing policy is even more evidence that McIver is simply falling on the sword for the Trumps.

So “Speechgate” comes to an end. It really feels at this point that this ridiculous scandal is but a stunt to draw attention away from a convention that was, by all accounts, an utter trainwreck on just the first day. But there are still some large holes in their story…

So Melania herself read these phrases aloud to her assistant, then didn’t recognize them in her own speech? pic.twitter.com/UJhZO9WcXS

ere is the letter in full: 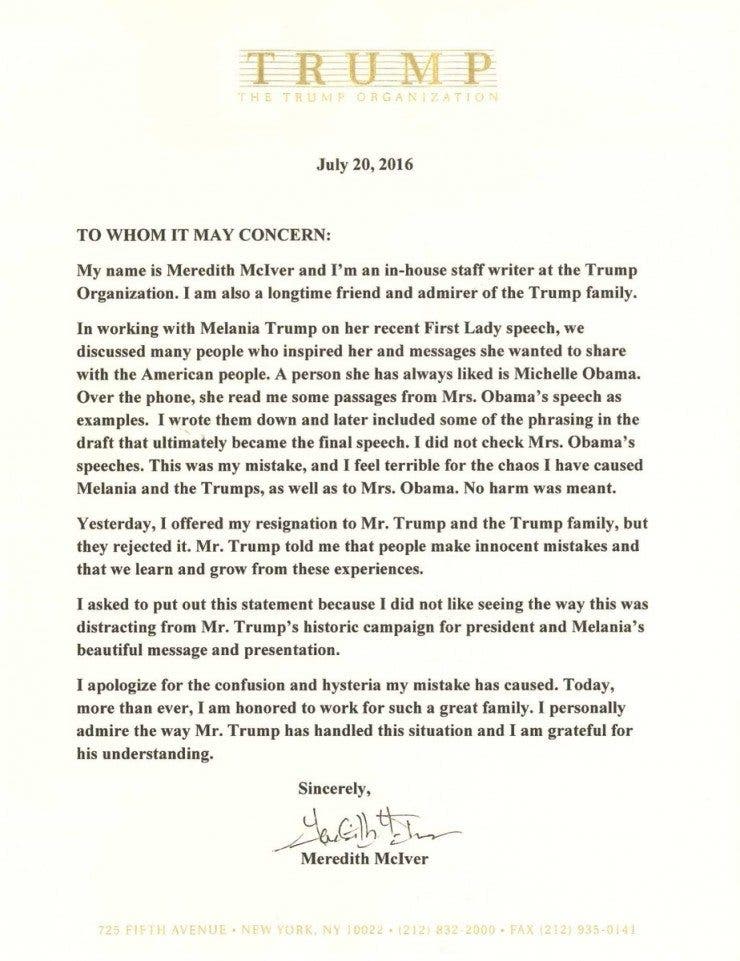 Colin Taylor
Opinion columnist and former editor-in-chief of Occupy Democrats. He graduated from Bennington College with a Bachelor's degree in history and political science. He now focuses on advancing the cause of social justice and equality in America.
Latest Posts
Tags
melania style Trump