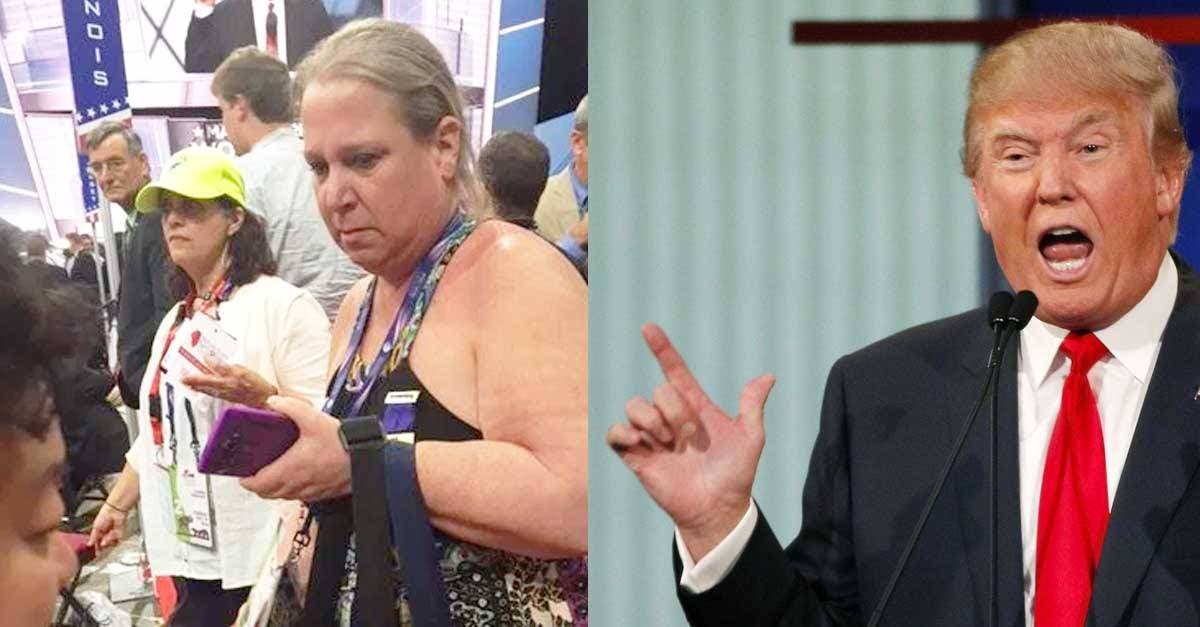 Lori Gayne, an Illinois Republican, has had her credentials as a delegate to the Republican National Convention (RNC) stripped for an abhorrently racist Facebook post.

While in Cleveland for the RNC, Gayne uploaded a photo of law enforcement officers standing on the roof of the Rock and Roll Hall of Fame and Museum to Facebook, captioned:

“Our brave snipers just waiting for some N—- to try something. Love them”

She has since removed the post, but has admitted that she made it.

Gayne’s post displays impatient excitement, an expectation that black protestors will do something inflammatory, and a conviction that the police will respond with bullets. She seems to delight in the thought of black Americans being gunned down. Gayne’s disgusting caption represents a broader racist point of view. It assumes that black Americans are always ‘up to no good.’ She thinks of them as just ‘nigg*rs who are always trying things.’ She dehumanizes black Americans, strips their personalities, and only sees them as the people constantly ‘asking for it’; that is, constantly asking to get shot by the police, and deserving to be shot when they are.

Alas, as one might expect, this is not the first we have heard about Gayne’s racism. In May she told the Chicago Tribune, “With all the racism going on today, I’m very proud to be white. Just like black people are proud to be black and now, as white people, whenever we say something critical we’re punished as if we’re racists. I’m tired of it. I’m very proud.”

She continued, “I’m so angry I don’t even feel like I live in America. You can call me a racist. Black Lives Matter? Those people are out of control.”

What Gayne doesn’t realize is that no one is expecting her to disavow her race; what progressives want is for everyone to take the time to actually listen when a group that has historically been marginalized talks about their experiences, rather than automatically dismissing anything they have to say. We want a dialogue in society in which all Americans recognize the humanity of their fellow citizens, and recognize that some Americans have had different experiences than their own.

“Let me be unequivocally clear — racism and threats of violence have absolutely no place in the Illinois Republican Party or in a civil and inclusive society. The Illinois Republican Party believes that inciting violence against anyone attending the RNC places state delegations, demonstrators exercising their First Amendment rights, and law enforcement personnel needlessly in harm’s way.”

The reason we need to hear the message that Black Lives Matter is because we live in a country where some people will actively look for any excuse to kill a black person. Every American deserves more dignity than that. No one should live their life in fear that any wrong move could lead to their death, a death that would be ‘justified’ in the eyes of the public. Lori Gayne does not deserve to be a part of our political system if she cannot recognize that all lives matter, including black lives.