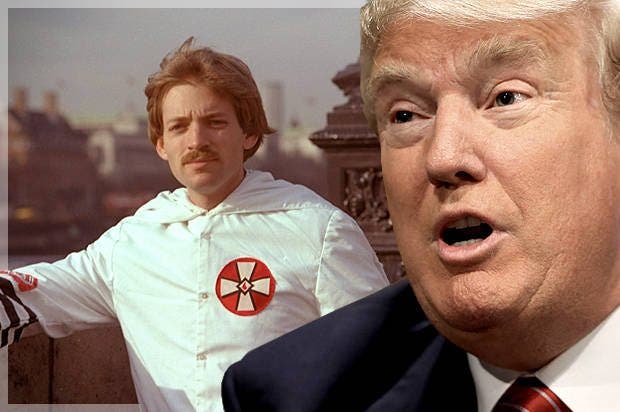 Bernie Stayed Up Late to Watch Trump’s Speech. His Responses Are PERFECT

If you thought it was full of lies and bullcrap, the white nationalist leader David Duke had a very different take, going as far as saying that even he himself could not have said it better.

There you have it folks.

The KKK finally has the outspoken, popular leader they have been searching for decades.

While America winces in disgust, the Republican crowd and the KKK gave him a standing ovation for his lies, bigotry, and racism.