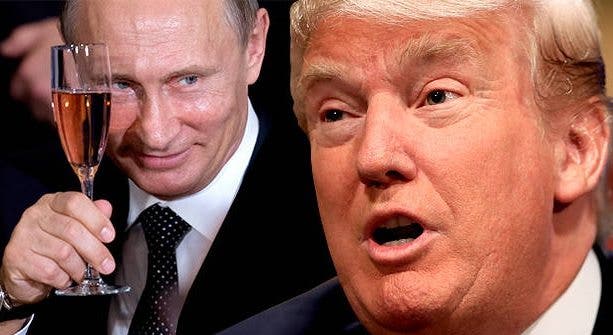 As more and more links between the Russian Federation’s dictatorship and Republican nominee Donald J. Trump are exposed, it might not come as a surprise to you that it appears the Kremlin has been hiring internet trolls to flood social media with pro-Trump posts.

Part of a Russian strategy known as dezinformatsiya, it’s a classic disinformation campaign working to sow discord and provoke conflict, to exacerbate divisions and amplify rivalries among the allies of those that would threaten Moscow. This strategy has also been picked up by the Hillary Clinton campaign during the height of her primary battle with Sen. Bernie Sanders. Cyberwar, disinformation, and lies, it seems, is just another part of politics these days.

Freelance reporter and now New Yorker staff writer Adrien Chen had been tracking Russian online trolls for a piece published last year. But when he recently checked his sources again, he discovered something interesting:

“I created this list of Russian trolls when I was researching. And I check on it once in a while, still. And a lot of them have turned into conservative accounts, like fake conservatives. I don’t know what’s going on, but they’re all tweeting about Donald Trump and stuff.”

He found in his research that the point of the Kremlin’s machinations “was to weave propaganda seamlessly into what appeared to be the nonpolitical musings of an everyday person. Russia’s information war might be thought of as the biggest trolling operation in history…And its target is nothing less than the utility of the Internet as a democratic space.”

So the next time that you find yourself facing the urge to get into an argument with an egg-icon Trump fan on Twitter or with some outrageously offensive commentator, save your energy. It’s probably just a teenager in a St. Petersburg basement.

Colin Taylor
Opinion columnist and former editor-in-chief of Occupy Democrats. He graduated from Bennington College with a Bachelor's degree in history and political science. He now focuses on advancing the cause of social justice and equality in America.
Latest Posts
Tags
Kremlin Putin style Trump