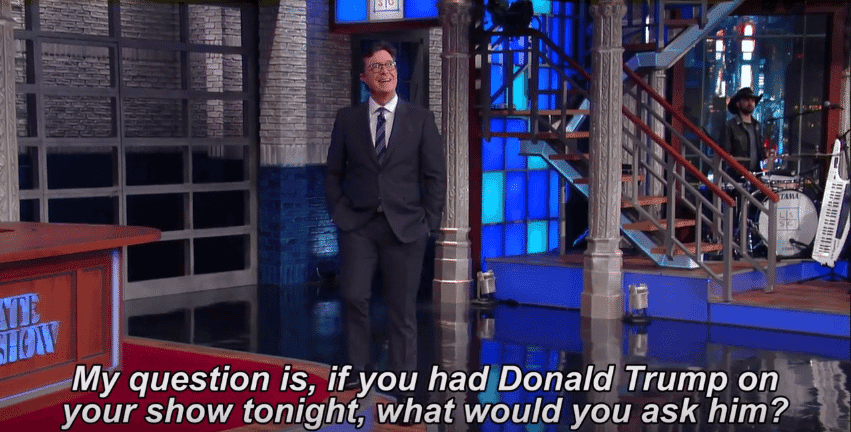 Here Is Everything Trump Just Deleted From Melania’s Website (SCREENSHOTS)

Last night, Stephen Colbert went off script to answer a question asked by one of his live audience members. She asked, “My question is, if you had Donald Trump on your show tonight, what would you ask him?” Colbert paused a moment and then said with confidence, “What does Vladimir Putin’s d*ck taste like?”

Colbert was cleverly referring to this week’s mounting allegations of Russia’s involvement with the Donald Trump campaign. The media is relentlessly reminding Americans of all the times in the past Trump has claimed to admire the autocratic Russian President Putin and his leadership tactics, as they disclose evidence that Russians were behind the DNC hack that hurt the Democratic party to Trump’s benefit.

Some people have even taken to calling the relationship between Trump and Putin a “bromance.” Colbert just took the concept a step further, and it was very well received.