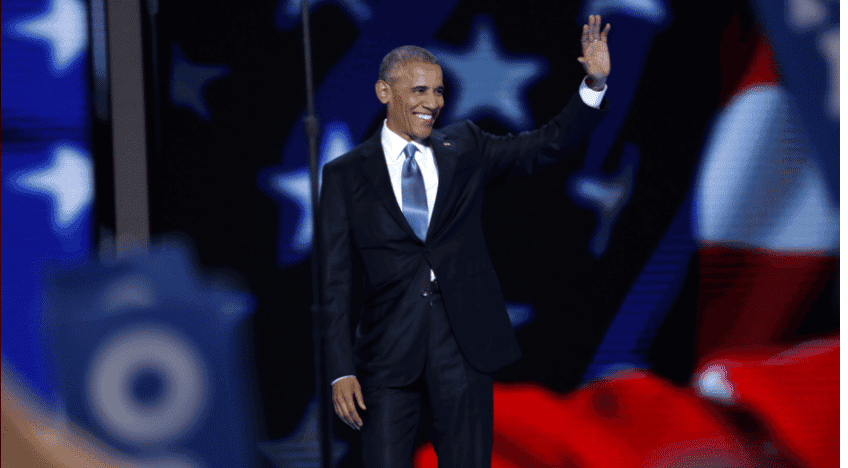 President Obama’s speech at the Democratic National Convention (DNC) was a heartfelt and optimistic tribute to American greatness as much as it was an endorsement for nominee Hillary Clinton. He focused on American values that can unite citizens across all parties – values that the Republican old guard sees being stripped away by nominee Donald Trump and his fans.

Obama drew praise from conservative commentators who disagree with many of his policies, but recognize his values as truly American. While they don’t like the look of Obama’s America, it is wildly preferable to Trump’s America which refuses to espouse the values our nation was founded upon.

Here are a few of our favorites from the conservative tweet storm that followed Obama’s speech:

Take about five paragraphs out of that Obama speech and it could have been a Reagan speech. Trust me. I know.

Erick Erickson is a blogger and speaker who has featured on Fox News.

Text just now from a senior House Republican who gave me permission to tweet this: “We were supposed to make that sort of speech.”

Will a Trump apologist explain to me why an 18 yo watching the conventions would want to be a Republican? We’re giving away a generation

Rory Cooper is a Republican strategist.

Great speech. And we made it easy for him.

Noah Rothman is an editor at the conservative Commentary.

“What we heard in Cleveland week wasn’t particularly Republican. And it sure wasn’t conservative.” – Barack Obama.
…
he’s right.

For once American values and optimism are triumphing over partisanship. We applaud Republicans who take a good hard look at Trump and admit that he is not right for our nation.

Watch the full speech below: