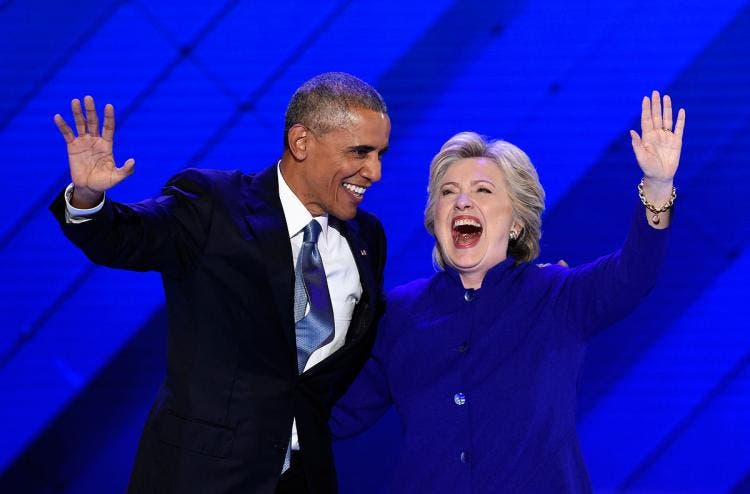 On the final night of the Democratic National Convention (DNC) in Philadelphia, the freshly nominated Hillary Clinton took the stage for what will be one of the most significant speeches in her presidential bid. She capped off a night of compelling speakers with a warm, glowing demeanor as she spoke of an America that is full of greatness and governed by fundamental values laid down by the Founding Fathers. But she was also passionately empathetic when she acknowledged that right now America is failing many of its citizens.

According to CNN’s analysis,

“She presented herself as a dedicated and indefatigable fighter for children, the disabled, blue-collar workers, women and the poor, while promising a backbone of steel as she vowed to take out ISIS.”

Clinton was everything the Republicans wish they were – a champion of American patriotism. Many conservative commentators and prominent Republicans took to Twitter to express how fantastic the DNC’s final day was, and how it posed a tremendous threat to this year’s Republican party, which has lost its way under the (mis)guidance of nominee Donald Trump.

These are just a small selection of the dozens of tweets:

Ron Fournier is a conservative writer.

Well done, @realDonaldTrump. You made Democrats a party of sunny patriotism and values.

You sure @billclinton didn’t ask you to run?

Jonah Goldberg is an editor at the right wing National Review.

if repubs had championed their principles with specifics rather than embrace autocracy – they wouldn’t have yielded this turf to dems.

How can it be that I am standing at my kitchen counter sobbing because of the messages being driven at the DNC? Where has the GOP gone?

This Democratic convention has been an unmitigated disaster for the GOP. Very well produced. Unifying. Patriotic. Bravo.#DNCinPHL

Congratulations to the DNC and to Hillary Clinton for representing everything that is great about America, for rallying around the flag, and for standing up on behalf of the people who need it most.

Marisa Manfredo
Marisa completed her undergraduate degree in 2013 at the University of Wisconsin with a double major in creative writing and media studies. She is an advocate of progressive policies and focuses her interests on gender equality and preventing sexual and domestic violence.
Latest Posts
Tags
DNC style tweets