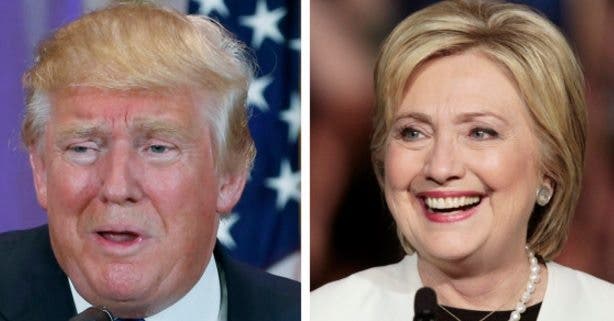 The Houston Chronicle, Texas’ largest newspaper, endorsed Hillary Clinton for president yesterday, becoming one of the first major newspapers to endorse a candidate. As the editorial board itself said, this early endorsement came because the choice in the election this year is about “something much more basic than party preference,” namely “the most basic notions of competence and capability.”

The paper’s board reiterated President Obama’s belief that Clinton would be “the most qualified person in years to serve as president,” and announced its support for her on issues ranging from immigration to healthcare and energy policy, all of which are of crucial importance to Houston and to Texas in general. As they note, “there’s no comparison in terms of thoughtfulness, thoroughness, and practicality” between Clinton’s expert-informed policies and Trump’s “paper-thin, bumper-sticker proposals.”

Most importantly, however, the Chronicle realizes better than most the degree to which this country’s most basic and foundational principles are at stake in this most crucial of elections. “Whether or not voters like her personally,” the editorial board writes, “is almost irrelevant at this moment of reckoning” between a hopeful vision of an open, inclusive, progressive American society and a walled-off, oppressive, inward-facing dystopia. The Chronicle goes on to mercilessly and rightfully castigate the GOP nominee:

Any one of Trump’s less-than-sterling qualities – his erratic temperament, his dodgy business practices, his racism, his Putin-like strongman inclinations and faux-populist demagoguery, his contempt for the rule of law, his ignorance – is enough to be disqualifying. His convention-speech comment, “I alone can fix it,” should make every American shudder. He is, we believe, a danger to the Republic.

As Clinton herself has acknowledged, she is not the best campaigner and has made many mistakes in her career, but the enormity of the actual political choice facing the nation should make it a moral imperative for every decent American to support her.

The Chronicle’s editorial marks one of the first major newspaper endorsements of this election cycle, but many more are sure to follow for Clinton given the inevitable ability of informed observers to recognize her obvious superiority to Trump. It is also significant that Texas’ premier newspaper should endorse the Democratic candidate. Although the city of Houston is substantially more liberal than the state as a whole, the Chronicle is no liberal rag; it endorsed Mitt Romney in 2012 and Hillary is only the third Democratic candidate ever to be endorsed by the paper. Indeed despite Texas’ notorious conservatism, its rising Hispanic population and the increasingly cosmopolitan nature of cities like Houston and Dallas has been pushing the state’s politics to the left. A competitive race in the state does not seem totally out of the realm of possibility, and the Chronicle’s endorsement can only help Clinton’s chances there.

James DeVinne
James DeVinne is a student at American University in Washington, DC majoring in International Service with a focus on the Middle East and South Asia. He is a founding member of Occupy Baltimore and interns at the Tahrir Institute for Middle East Policy.
Latest Posts
Tags
hillary style Trump