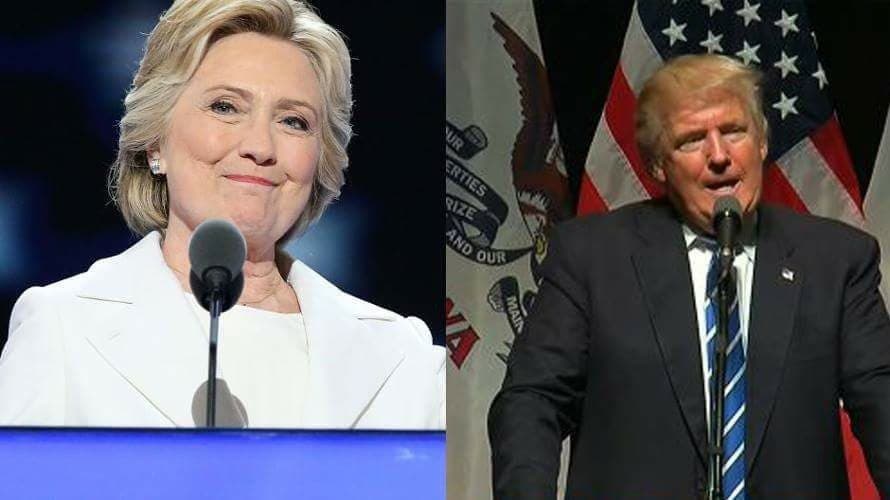 Hillary Clinton can’t rest easy after last week’s uplifting Democratic National Convention, but she can point to Philadelphia as a key turning point in the 2016 election when national opinion began to swing in her direction. The success of the Democrats’ week-long celebration of pluralist government and equal opportunities clearly resonated with voters, propelling Clinton to a 15-point lead in this year’s race, according to RABA Research:

Among likely voters, Clinton garners 46% support to Trump’s 31%. Libertarian Gary Johnson now captures 7% of the vote, while Jill Stein sits at 2%. A RABA Research poll conducted the day after the Republican convention showed a tighter race, with Clinton at 39% and Trump at 34%. Johnson was at 8% in that survey, while Stein found 3% support.

It’s just one poll, but certainly indicative of the future direction of events in this year’s general election.  Hillary Clinton’s post-convention bounce may surprise some observers, but anyone with two eyes near a television or the Internet surely caught wind of one of the series of powerful messages sent by the series of candid testimonials at the Philadelphia DNC from a parade of Democrats, rich, poor, male, female, Muslim, Jewish, Christian, white, black, Hispanic and Asian people, and even Republicans too.

Those Americans of many backgrounds shared one common message of believing in the USA’s strength through diversity, equal protection under the law and the primacy of our Constitution’s civil rights.

At the same time, Donald Trump has been engaged in a bizarre dance with Russian dictator Vladimir Putin, playing out in a series of tweets and hastily arranged Trump press conferences that culminated in a treasonous request by Trump for a foreign government to digitally penetrate the servers of an American political party.

But most Americans have probably made up their minds to support Clinton and dump Trump after he virtually pledged fealty to Putin, openly begging the Russian dictator for help in a press conference to hack the State Department and his political enemies. The Houston Chronicle, the largest news organization in America’s third largest city, with a conservative editorial board who endorsed Romney in 2012 just gave Hillary Clinton a shining endorsement, long before even a head to head candidate debate.

So get used to Hillary Clinton leading in this year’s electoral polls for the foreseeable future, or at least until this November 8th when a majority of voters choose the Democratic standard bearer’s competent brand of leadership.