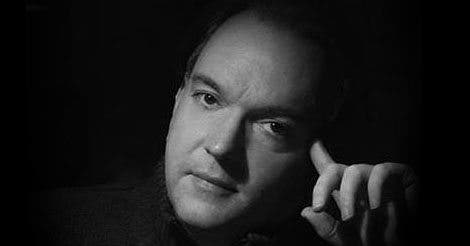 A cancer survivor’s story has gone viral on Facebook, and its improbable conclusion might have you in tears. James Grissom had no health insurance in 2007 when he was diagnosed with bladder cancer, a virtual death sentence. Grissom was working part-time at the New York Metropolitan Museum of Art’s bookstore, and had no means to pay for costly treatments.

Fortunately Grissom did remember advice his friend Jeannette Sanger had given him a few years earlier; Planned Parenthood clinics don’t just treat women’s health, but they also help men who haven’t got anywhere else to turn. He obtained an oncologist’s referral to a woman whose courage as a doctor led her to circumvent the rules meant to kill James Grissom because he was uninsured; she pretended he was a family member so she could treat his cancer at a discounted rate.

However the billing department did not process him as a family member. He was left stranded with massive medical bills, and hounded by debt collectors, while he maintained his employment and fought cancer. He had nowhere else to turn for help, so he contacted the offices of his Senator, Hillary Clinton. Within a couple of weeks, her office was on the phone with Grissom when suddenly they handed the phone to Senator Clinton, who told him:

“You did not enter a credit agreement with that hospital, so I cannot fathom why they are pursuing you as if you did. In addition, that hospital is aided by the state of New York and the federal government, so they are way out of line. You need to fight this cancer and get well: You don’t have time for this nonsense. Let me look into it.”

Sure enough, she did look into it, using her law degree and decades of experience, and that’s when life started to improve for James Grissom. What happened next illustrates vividly how Hillary Clinton shows that she cares about helping people, and that she channels that empathy into direct action, as Grissom wrote:

Within a week, the collection calls ceased, and within a month, Hillary Clinton put me in touch with two organizations offering financial aid to people undergoing cancer treatment. These organizations eliminated half of my debt, and within eighteen months, I had paid the remaining amount, without any collection activity or annoying calls.

I just re-read the letter that Hillary Clinton sent to the hospital (It was Roosevelt, if you must know), and in her indignation, she refers to me as her friend. Not a constituent, but a friend. She prevailed upon the proud history of the hospital and the medical profession to do the right thing, and adjudged the collection activity to have been an “unfortunate mistake or oversight.” On two occasions I received letters from her, and once a phone call. The doctor from Planned Parenthood and the oncologist recommended by that organization continued to treat me at discounted rates.

The Democratic Party voted for Hillary Clinton because her propensity to commit random acts of kindness like helping Jason Grissom, while at the same time demonstrating the wisdom, respect and deep humility to keep her friend’s medical condition out of the public spotlight. America deserves a President like Hillary Clinton, a woman who can get results, who can continue to improve our nation’s healthcare system and who isn’t only seeking the job for the moments caught on camera.