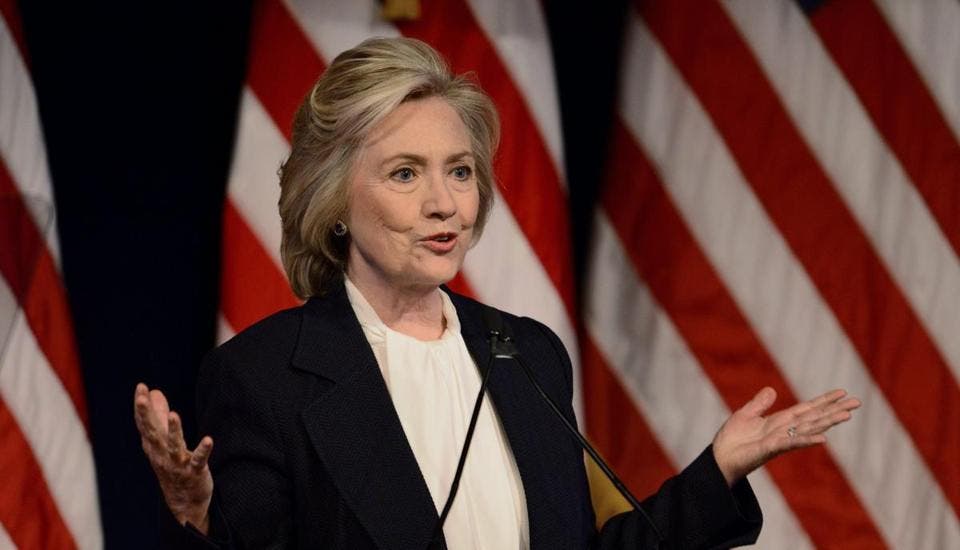 A Cancer Patient Reached Out to Hillary Clinton for Help, Her Reply Was Perfect

We previously reported on top rating agency Moody’s Analytics’ analysis of Republican nominee Donald Trump’s economic policies, declaring that they would open the door to an economic catastrophe. Moody’s has just released a matching report that gives an in-depth analysis of Democratic nominee Hillary Clinton’s proposals. On the whole Moody’s found that a Clinton presidency would see 3.2 million more jobs created than under current policy.

Mrs. Clinton has proposed a major infrastructure-spending package to boost growth and a plan to offer free college tuition to millions of families. She has backed a comprehensive overhaul of the nation’s immigration laws, including legislation that would provide people in the U.S. illegally with a path to citizenship. She supports raising the federal minimum wage to at least $12 an hour and has opposed approval of a sweeping Pacific trade pact with 11 other nations.

Mrs. Clinton would pay for the new spending by increasing taxes on high-income and wealthy taxpayers. She has also proposed tax policies on businesses and financial institutions to raise revenue and influence corporate behavior.

Moody’s finds that between pro-immigration policies that rejuvenate formal labor markets and investment in infrastructure, the benefits of Clinton’s economic plan will more than offset any slowdowns caused by raising the minimum wage and increasing taxes on the wealthy, big banks, and corporations. The average American will increase their after-tax income by around $2000.

In a likely scenario in which Clinton passes somewhat moderated versions of her policies, Moody’s forsees a drop in unemployment to 4% and an extra $170 billion in real GDP growth compared with current policies. Even in the worst case scenario, in which she faces strong opposition by Republicans in Congress, Moody’s predicts that the economy will still be slightly improved by her presidency.

The graphs show it clearly: Clinton is the way forward for America. 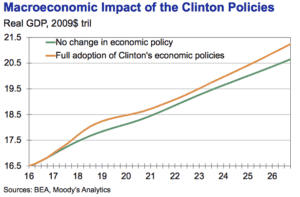 Trump may be a business man, but Clinton is the business candidate. She will stabilize the economy by prevent banks from engaging in risky practices; she will reinvigorate the workforce with fresh immigrant labor; she will fix our roads and bridges, and invest in public transportation – all of which will grow the economy and improve quality of life; she will invest in education to grow America’s high-skilled workforce, and guarantee paid leave and childcare so parents don’t have to choose between their career and their child.

We care about opportunities for all Americans, and we care about improving quality of life for every America. That’s why we’re with her.