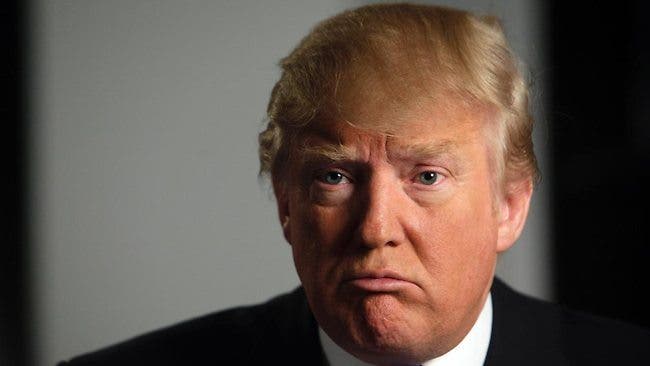 Donald Trump’s former lawyer, Thomas M. Wells, has spilled the beans on his feelings about Trump in a scathing new tell-all editorial.

Wells’ tenure working for Trump began in 1987 as counsel for the application of land use in New Jersey for “Trump Center.” During that time Wells came to be intimately acquainted with The Donald. At first Wells thought Trump to be charming, but as they spent more time together he saw through Trump’s facade and found him to be a thin skinned braggart womanizing bully.

He describes a limousine ride the two took, “to a meeting with the editorial board of a New Jersey newspaper in which my married client sought to regale me with the number and quality of eligible young women who in his words “want me.” I was just plain shocked and embarrassed, but I kept smiling. I wanted and needed this client happy. “

The former counselor to Trump listed numerous reasons why Trump is unfit to be president. He began with the obvious, stating that “the man lies all the time” and “his ego seems to know no bounds.” Wells also believes Trump sees himself as a political “strongman” or potentially as the new “king” of America, which is evident enough in the way that he comports himself. He mused, “One has to wonder what would happen if Trump actually had to govern or make one of his deals in a zero sum world of politics where the other side just says no.”

There are questions by Wells about the nature of Trump’s proposal to deport 11 million people, which any thinking person knows is absurd and logistically impossible. He asked, “How exactly do you round up and deport 11 million people? Is he going to use stadiums and nationalize cruise ship lines? Who will be doing the rounding up, certainly not the police, the army perhaps? The children left behind? How about the fact that American farms, restaurants, not to mention landscaping and construction labor jobs will go unattended?”

This plays into the point of Trump not being fit for office as Trump acknowledges he makes decisions “with very little knowledge other than the knowledge I already had.” Just like a typical Republican Trump doesn’t change his opinions with new information because he believes he already knows everything!

What about Trump’s failed business ventures? Wells went there, listing Trump’s “four business bankruptcies (1991, 1992, 2004 and 2009), the Plaza Hotel, Trump Air, all three casinos (a couple times) the steaks, the water, Trump Centre in New Jersey that I worked on, Manhattan’s West Side rail yards (where buildings do bear his name as a consolation), the much-hyped $35,000 get-rich scheme Trump University ― all failures by any measure except of course to Trump, who “has no regrets, whatsoever.””

There is clearly no love lost from Wells, who described the Donald as, “the spoiled young man of privilege with the “right” race and family fortune to succeed easily and who looks down on others lacking in any of the above who do not.” Wells continued, “He is a man who thinks it is okay to call someone fat or ugly or stupid or to make fun of a person with a disability. He is the collector of trophy wives and trophy properties, the guy who wins, or so he thinks, because he has the most toys.”

Mr. Wells rightfully does not spare Trump’s temperament asking if “we really want a man with such an authoritarian bent in charge of, say, the FBI or the IRS? Does the concept of “secret police,” a favorite of leaders of this type elsewhere, seem too extreme?” It does not, considering Trump has called for protesters to be beaten merely for voicing opinions against him. Trump with any governing power is a frightening concept.

A dire warning is issued by Wells during his conclusion, “Donald Trump’s version of America does not include folks not like him. Instead, he is all about what Sarah Palin labeled “real Americans.” The fact that all us others seem to be utterly expendable is deeply troubling.” He continues, “One has to wonder, what does the America of the “real Americans” look like? A bunch of intolerant, hyper aggressive, folks behind a big wall, isolated (not trading with anyone and thus with a sick economy and very expensive goods) and with a lot of enemies. No “Shining City on the Hill,” for sure. Hard to see anything but ruin ahead for such a place.”

It is fair to deduce Mr. Wells will not be voting for Donald Trump in November, nor should any American capable of critical thinking.