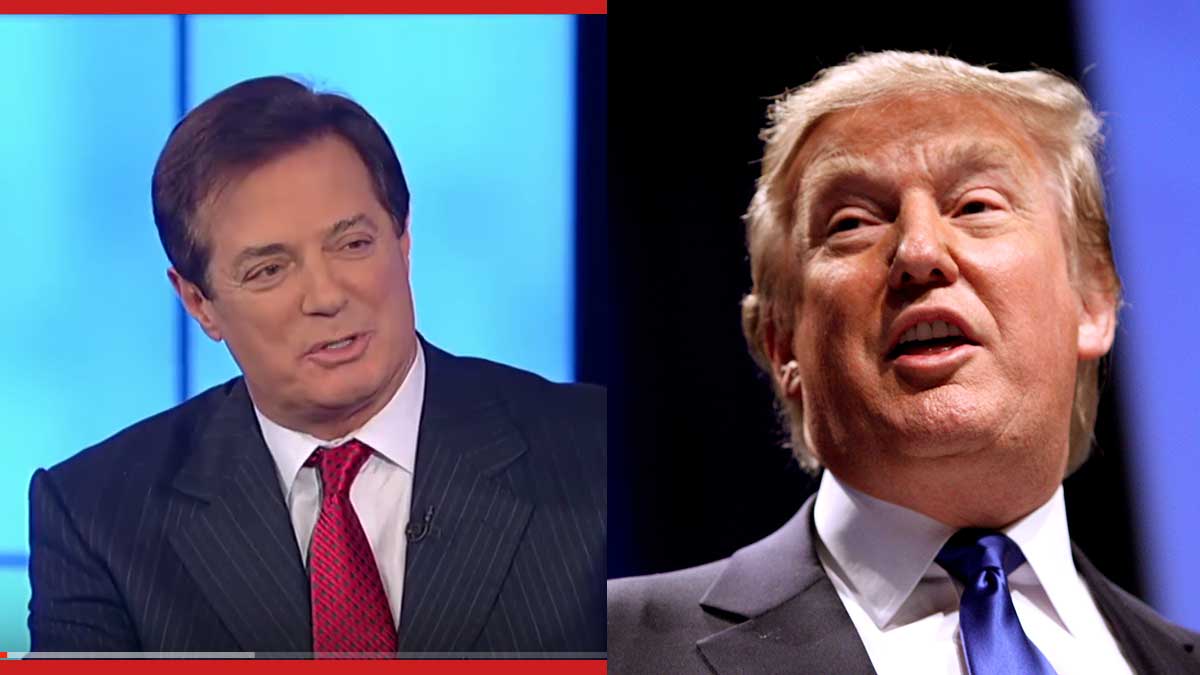 Shock: Donald Trump Kicks Baby Out of Speech for Crying

Republican presidential nominee Donald Trump’s top adviser, Paul Manafort, has come under intense scrutiny as revelations about his past dealings with Russia and Ukraine have come to light.

Mr. Manafort, 67, has been involved as a political operative in the United States and abroad since the Reagan administration. His greatest achievement and failure revolve around now-ousted Ukrainian president Viktor F. Yanukovych who Manafort helped win election before Yanukovych was run out of the country by protesters due to corruption. Trump’s top adviser helped elect a crooked head of state? No wonder he is running Trump’s campaign. The rabbit hole goes much deeper and becomes more insidious the more one learns of Manafort.

It is not likely Manafort is singularly responsible for Trump’s favorable views of Russian dictator Vladimir Putin, as Trump has been singing the praises of Putin long before Manafort joined his campaign. However the about face of Republicans lining up behind Trump is another example of contortionist hypocrisy when just four years ago vanquished GOP candidate Mitt Romney described Russia as America’s “number one geopolitical foe.”

Considering Trump’s authoritarian platform which has the Republican base in a tizzy about the possibility of being able to openly vent their hatred it should not come as a surprise that in years past Manafort advised various other infamous leaders that include Ferdinand Marcos who ruled the Philippines under martial law and Zaire’s dictator Mobutu Sese Seko.

Manafort’s ties to billionaire Russian oligarchs are numerous, including Dmytro Firtash, who was partnered with Manafort along with Arthur G. Cohen who intended to purchase The Drake Hotel in New York City. Firtash was exposed by diplomatic cables to have funneled millions of dollars into the campaign of Manafort’s deposed Ukrainian client Yanukovych. The real estate deal fell apart, but Manafort kept Firtash as a contact and friend, someone who has a known history of interfering with political campaigns to influence his own dastardly business ends. This included Manafort persuading the Ukrainian government to lower grain export tariffs, which benefited billion dollar corporations like Cargill which invested $100 million in the floundering country, while simultaneously also opening a round of negotiations for Chevron and Exxon to explore Ukraine for oil and natural gas resources to exploit.

The fun does not stop there as in 2007 Manafort set up a private equity corporation in the Cayman Islands which was used to funnel money into the Ukraine. This lured the attention of another Russian billionaire, Oleg Deripaska, who invested $100 million in the company while paying Manafort’s company a 2 percent management fee. This deal also imploded and Deripaska sued Manafort and is still being litigated almost 10 years later.

Many of Manaforts past dealings have been exquisitely hidden, but he did not count on human error. Manafort’s role in a variety of backroom deals with Ukraine were found in a box that was left in a sauna by a former Ukrainian official. This box of evidence is now evidence in a criminal case and its entire contents is not known, but it is fair to speculate based on Manafort’s past dealings that when the entire contents becomes public it will not be flattering for Manafort.

Donald Trump is refusing to disclose his taxes and Manafort has not registered as a lobbyist representing Ukrainian interests, as doing so would require he disclose his earnings. However based on the already available evidence it is a tough pill to swallow to believe Manafort has cut ties with the business network he has been building for the last four decades.

Those who believe Donald Trump will be in favor of helping the middle class have a rude awakening coming if Manafort’s history of being a friend to big foreign business is any indication of Trump’s future domestic and economic agenda, of which is almost certain. The writing is on the wall, and it will be to the peril of the American people if they fail to pay attention.