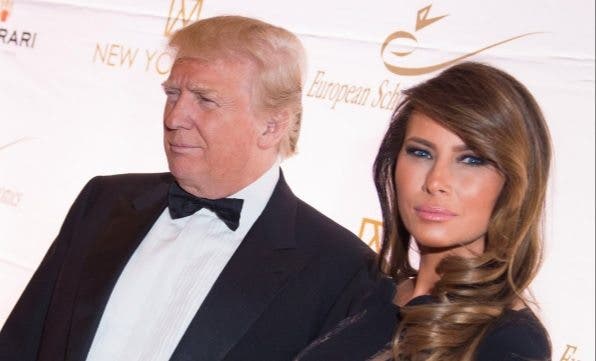 U.S. Intelligence: Trump is Lying, Obama DID NOT Pay Iran A Ransom

Nude photos of Melania Trump shot in 1995 were published into Rupert Murdoch’s New York Post this weekend, leading to serious questions about the Slovenian native’s immigration status today. It’s illegal to lie on any immigration forms, and regardless of her marriage to the maniacal Republican candidate for President, she could face serious consequences if ICE investigates further. As we already know, Melania Trump lies as fluently as her husband (about her college degree for example), but without the double standard of white privilege earned by being a wealthy racist, she’s in line to take the fall. It also is an extreme case of media bias, ignorance and greed triumphing over journalistic ethics, yet again by a Murdoch owned “news” outlet, who slut-shamed Melania with the photos but didn’t bother to cross check into the meaning of possessing paid photos, shot before the model claimed to have arrived in America.

In January of this year, Melania told Harper’s Bazaar magazine and on MSNBC that she had to regularly fly back to her home country to renew her work permission when she was the little known Melania Knauss, and she asserted that she’d come to America in 1996 in other materials, including her now vanished personal website. Only a tourist visa (B-1 or B-2 visas) would require someone to fly to their home country within three to six months, to maintain eligibility to return to the United States. POLITICO broke the story, to which Melania weakly responded that she had followed all laws, and their “banned” journalists raised the most poignant concerns:

“If Melania was traveling to the U.S. on a B-1 business visa, there is a potential problem,” said a Washington-based partner of a major national immigration law firm. “She would not have been authorized to work in the U.S. while on a B-1 visa. In fact, if a customs agent encounters someone entering the U.S. on a B-1 visa and they know that the individual intends to work for a U.S. employer, the individual will usually be denied admission. In order to avoid being sent back to Slovenia, she may have had to lie about the purpose of her trip.”

Violations of U.S. visa law are hardly unusual, particularly in the modeling industry. It was a common practice in the 1990s in New York for less scrupulous agencies to bring in foreign models to work illegally on temporary business and tourist visas, according to Sara Ziff, founder of the Model Alliance, a group that advocates improved labor standards for fashion models.

Melania Trump did eventually obtain an H1-B fashion model’s visa, but this collection of facts indicates that she arrived from Slovenia and began illegally working in New York long before that happened. Yes, Melania Trump arrived as an illegal immigrant worker and possibly took some American fashion model’s job.

But it’s actually a dead serious situation for Melania Trump, because immigration status can always be reviewed for truthfulness, even many years down the road, and the evidence isn’t looking good.

Author’s Note: It was deeply unethical for the New York Post to run those photos.

Add your name to call on prosecutors to ARREST DONALD TRUMP for his crimes!Advertisements
Tags
melania style Trump