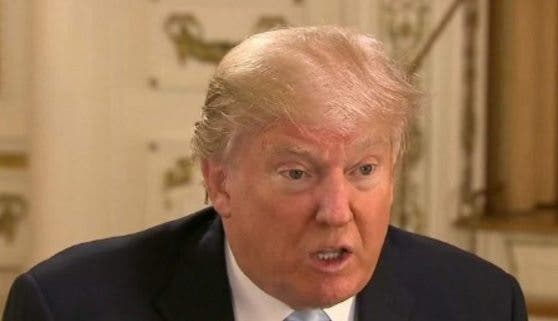 Republican Chris Ladd, a Texan living in the Chicago area, has resigned from his post as York Township Republican Committeeman and wrote an open letter, which he sent to the Committee Chair, explaining his reasons for leaving. Ladd, like many GOP defectors as of late, criticizes the direction the party has taken under presidential nominee Donald Trump. However, he also highlights deeper rooted problems in the party that have been taking shape over recent decades.

He condemns as troubling, “The Iraq War, the financial meltdown, the utter failure of supply-side theory, climate denial, and our strange pursuit of theocratic legislation.” He saw the Republican party as “America’s party of commerce, trade, and pragmatism.” That has all faded.

We now possess undeniable proof that trickle-down Reaganomics (tax breaks for the rich) don’t lift the poor out of destitution, or make life better for all Americans. Denial of climate change is anything but pragmatic; when so many of our cities are at risk of being submerged in the ocean in less than 100 years, we must act quickly if want to have any chance of saving them. And the defenders of the Constitution often have a hard time separating extremist religious doctrine about homosexuality, abortion, and evolution from the public sphere.

Ladd writes that he hoped the party would “sober up” and pragmatically pursue its core values. However, “Donald Trump has put an end to that hope.” Trump is not the primary reason that Ladd is quitting the GOP, he is the straw that broke the camel’s back. He is morally indefensible, and “an indictment of [the Republican party’s] character.”

Populism and a desperate push for “Never Hillary” unity have triumphed over policies and principles. Understandably, Ladd wants out.

Below is an excerpt, you can find the full letter here.

At the national level, the delusions necessary to sustain our Cold War coalition were becoming dangerous long before Donald Trump arrived. From tax policy to climate change, we have found ourselves less at odds with philosophical rivals than with the fundamentals of math, science and objective reality.

The Iraq War, the financial meltdown, the utter failure of supply-side theory, climate denial, and our strange pursuit of theocratic legislation have all been troubling. Yet it seemed that America’s party of commerce, trade, and pragmatism might still have time to sober up. Remaining engaged in the party implied a contribution to that renaissance, an investment in hope. Donald Trump has put an end to that hope.

From his fairy-tale wall to his schoolyard bullying and his flirtation with violent racists, Donald Trump offers America a singular narrative – a tale of cowards. Fearful people, convinced of our inadequacy, trembling before a world alight with imaginary threats, crave a deagogue. Neither party has ever elevated to this level a more toxic figure, one that calls forth the darkest elements of our national character.

With three decades invested in the Republican Party, there is a powerful temptation to shrug and soldier on. Despite the bold rhetoric, we all know Trump will lose. Why throw away a great personal investment over one bad nominee? Trump is not merely a poor candidate, but an indictment of our character. Preserving a party is not a morally defensible goal if that party has lost its legitimacy.

Fast-forward to our present leadership and the nature of our dilemma is clear. I watched Paul Ryan speak at Donald Trump’s convention the way a young child watches his father march off to prison. Thousands of Republican figures that loathe Donald Trump, understand the danger he represents, and privately hope he loses, are publicly declaring their support for him. In Illinois our local and state GOP organizations, faced with a choice, have decided on complicity.

Our leaders’ compromise preserves their personal capital at our collective cost. Their refusal to dissent robs all Republicans of moral cover. Evasion and cowardice has prevailed over conscience. We are now, and shall indefinitely remain, the Party of Donald Trump.

I will not contribute my name, my work, or my character to an utterly indefensible cause. No sensible adult demands moral purity from a political party, but conscience is meaningless without constraints. A party willing to lend its collective capital to Donald Trump has entered a compromise beyond any credible threshold of legitimacy. There is no redemption in being one of the “good Nazis.”

I hereby resign my position as a York Township Republican committeeman. My thirty-year tenure as a Republican is over.