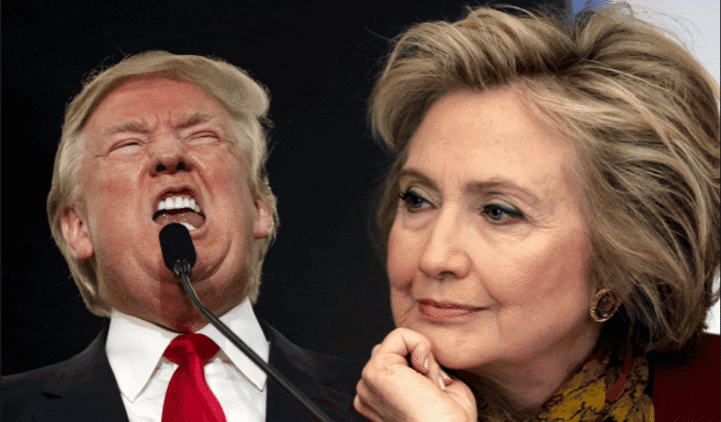 Democratic candidate Hillary Clinton continues to lock down the endorsements from past presidential administration figures from both sides of the aisle. Lezlee Westine was a high ranking member of the last Bush administration, and served as White House director of public liaison and deputy assistant to the president.

She becomes the latest in a litany of long tenured Republican officials with public service experience to not only refuse Trump, but openly endorse Hillary Clinton for her distinguished resume and problem solving skills:

“Our nation faces a unique set of challenges that require steady and experienced leadership,” Westine said in a statement. “That is why today I am personally supporting Hillary Clinton. She has the expertise and commitment to American values to grow the economy, create jobs and protect America at home and abroad.”

Messages like Westine’s have been pouring into the Clinton camp, after the ascendant message of the DNC in Philadelphia highlighted the sharp contrast with the RNC in Cleveland’s “I am the only one” ideology, and now that both sets of political messaging have reached the ranks of Republicans who have served our country.

But Reagan Republicans seem to be amongst the most outspoken population of pro-Hillary members of their party, and just like he attracted a massive number of “Reagan Democrats” to his ticket, are becoming “Hillary Republicans” in the most outspoken ways possible. Former Reagan speechwriter Doug Elmets – the very person who made the “great communicator” himself so communicable, declared his support for Hillary Clinton at the DNC, and his testimonial, combined with a Trump-sized (if you have to think, think big) implosion finally impacted polls rationally showing soaring Democratic support, and sent the Republican Party’s red-faced candidate into a panic.

Trump even admitted to NBC’s Chuck Todd once that “he’s no masochist” and he’ll quit the race if he’s convinced that polling has turned against him for good – which is great news considering that polls showed Trump support has plummeted to under 10% support with millenial voters (under 35 years old) leaving him in 4th place in this year’s race with 1/3rd of America’s population.

Then former-Reaganite Frank Lavin, who was the White House political director from 1987-1989, became the latest GOP endorser of Hillary Clinton, and penned a thoughtful CNN column entitled, “Reagan Republican: Trump is the Emperor with no clothes“:

I will vote for the Democratic nominee for president. The depressing truth of the Republican nominee is that Donald Trump talks a great game but he is the emperor who wears no clothes.

Trump falls short in terms of the character and behavior needed to perform as president. This defect is crippling and ensures he would fail in office. Trump is a bigot, a bully, and devoid of grace or magnanimity. His thin-skinned belligerence toward every challenge, rebuke, or criticism would promise the nation a series of a high-voltage quarrels. His casual dishonesty, his policy laziness, and his lack of self-awareness would mean four years of a careening pin-ball journey that would ricochet from missteps to crisis to misunderstandings to clarifications to retractions.

There are many issues on which Hillary Clinton and I are not in agreement. However on the core foreign policy issues our country faces — alliance relationships, security commitments, and international engagement — she comes closer to Republican views than does Trump. And Donald Trump makes me cringe. I am voting for Hillary. And I vote in Ohio.

The numbers of those who refuse to elect the “high energy,” religious discriminating, wall demanding, draft-dodging and purple heart seeking candidate Trump are swelling, and not just with a #NeverTrump rally cry, but with full throated endorsements of the most experienced candidate to seek the presidency since George H.W. Bush, none other than Democratic candidate for President, Hillary Clinton.

The cascade of unity endorsements looks to continue, and it sends the powerful message that only one candidate in this year’s race has the experience and preparation to be the next President of the United States, and to be the first woman to hold the office of President too.