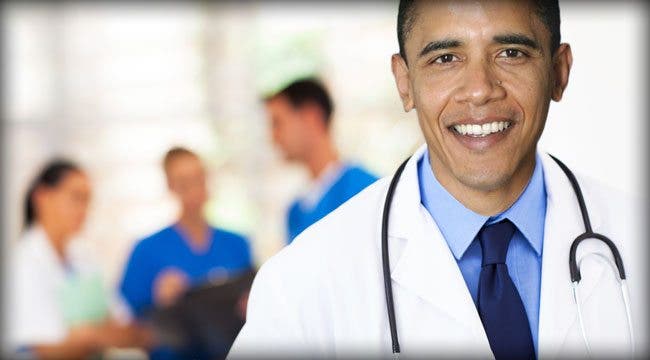 Twitter Conservatives Are CELEBRATING The Anniversary Of Mike Brown’s Murder

You won’t hear any conservatives admit this, but extensive studies on the Affordable Care Act (Obamacare) show that the controversial bill is making people healthier overall and saving them tremendous amount of money. It takes years to study the effects of healthcare policies, so this new report – published in this week’s Journal of the American Medical Association – is the first serious attempt to quantify the benefits enjoyed by the American people since the bill’s major provisions were implemented in 2014.

The report analyzes a side-by side comparison of poor residents in Kentucky and Arkansas – whose states chose to expand Medicare under the ACA, against Texas, whose Republican governor refused to accept free money from Washington and left over a million residents needlessly uninsured.

Obamacare is making a huge difference in the lives of ordinary Americans by reducing patient out-of-pocket-spending by a whopping 29.5%, with almost 1 in 20 of the study participants (4.8%) reporting improved healthcare, and a decline of 7% in complaints about the quality of care. The study makes it clear that the incessant conservative consternation about the imaginary lost jobs and ballooning debt have been exposed as nothing but a serious beltway case of Chicken Little ignoring reality while trying to terrify Republican voters into believing that the sky is falling.

One of the goals of extending health coverage was to substitute costly emergency room visits for acute problems with regular visits for preventive care. Medicare-expanded states in the study also saw a significant 6% reduction in emergency room visits alongside an increase of only 0.69 regularly scheduled visits per year per patient. That’s right – barely one extra doctor’s visit per person is tremendously easing the workload of our medical first responders.

Harvard and Boston’s Brigham & Women’s Hospital’s researchers also found that the Medicare expansion states experienced a 22.7% drop in the uninsured rates, compared to states who don’t allow their most vulnerable residents to benefit from Obamacare’s expansion Medicare. Furthermore, researchers chose Arkansas and Kentucky because the former implemented an innovative private coverage system, so there’s a comparison of two different methods to implement Obamacare vs. the Texas method.

The results are in, and they clearly show that the citizens of both ACA states are much better off than the vulnerable citizens of Texas, who have been condemned to poor health and high bills.

Why are Republicans still trying to pitch poor health, higher costs and more emergency room visits as somehow an improvement over Obamacare? Perhaps it’s for the same reasons that the Republican Party chose Donald Trump; because they just don’t know the difference between good and bad, nor care about that, nor do they care about the morality of health care as a human right. They would rather see their backers in the health insurance industry continue to use the health of the American people as a way to extort them out what little money they manage to earn.