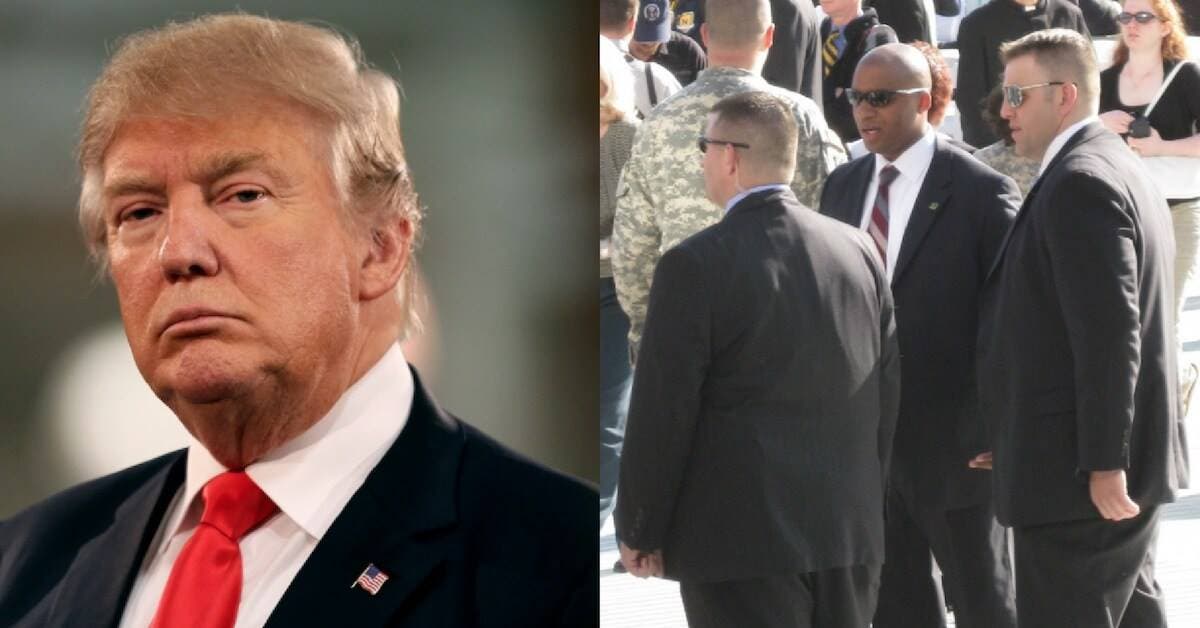 Republican nominee Donald Trump’s now infamous “Second Amendment people” comments from yesterday, which were widely interpreted as a subtle-but-not-subtle incitement to violence against Democratic nominee Hillary Clinton, caught the attention of the Secret Service. To Trump’s embarrassment, the Secret Service actually sat him down to tell him that what he is saying is completely unacceptable in America. He is possibly the first presidential candidate ever to resort to assassination threats during his campaign.

Trump was discussing the possibility of a President Hillary Clinton nominating anti-gun justices to the Supreme Court when he said, “If she gets to pick her judges, nothing you can do, folks. Although the Second Amendment people — maybe there is, I don’t know.” The suggestive remark is clearly intended to lead listeners to the conclusion that gun owners could assassinate Clinton.

The Secret Service has confirmed that it has talked to the Trump campaign about the incident and that they, “take this very seriously.” And they should. Trump’s comments would have warranted Secret Service intervention if they were made by an ordinary citizen.

Political violence and assassinations are an existential threat to democracy, which is founded on free choice among candidates and peaceful transfers of power. Democracy stops working when a politician is taken out, eliminating them violently rather than letting the majority speak at the polls.

We believe that Trump should not receive any special treatment when it comes to making threats and inciting violence. Perhaps after being forced to meet with the Secret Service and listen to them reprimand him, he will be humiliated into complacency. But knowing Trump, anything is possible.

Secret Service official confirms to CNN that USSS has spoken to Trump campaign regarding his 2nd Amendment comments https://t.co/8XB4BtuGGT