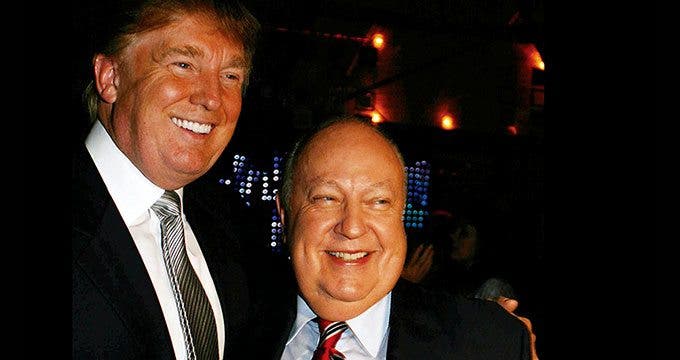 Trump’s America: Police Do Nothing As Innocent Immigrant Is Murdered By Racist Neighbor

The disgraced ex-CEO of FOX News and the evil mastermind of the right-wing media’s disinformation campaign against liberalism, Roger Ailes, has reportedly joined the Trump campaign to for “debate advice.” Ailes was recently fired from FOX after a sexual harassment lawsuit from former host Gretchen Carlson led to dozens more women coming forward to accuse Ailes of using his power and influence as CEO to demand sexual favors from potential hires and punishing them with ostracization and termination if they refused. One woman even said he exposed himself and tried to force her to perform oral sex on him while still a minor.

Trump, himself an accused rapist, leapt to Ailes’ defense, complaining that the allegations were “Totally unfounded, based on what I read.” It’s obvious that he read nothing, because any of the accounts written by female employees at FOX News recount an a deeply ingrained culture of misogyny and sexual harassment by self-entitled males who treated their female employees as attractive props for their own pleasure.

As a rich self-entitled white man with a long history of behaving the same way himself, Trump and Ailes are a natural fit. Trump owes a great deal of the $2 billion in free advertising he received from the mainstream media to Ailes and the FOX network, so it makes perfect sense that he would hire the serial molester, despite Trump’s publicized spat with FOX matriarch Megyn Kelly over her insistence on calling him out for his misogyny and racism. Kelly was reportedly subject to Ailes’ harassment herself; her response to his advances may indicate why Ailes refused to defend her against Trump’s misogynist attacks and why he is publicly attacking her for be “ungrateful.”

The move should be seen as a warning for the Clinton campaign, however; while Trump is an obvious ignoramus entirely reliant on others for his attacks, Ailes is known for his utter ruthlessness when it comes to politics and has been one of the primary propagandists perpetuating the right-wing witch-hunt against Clinton. The upcoming debates just got a lot more interesting, to say the least.