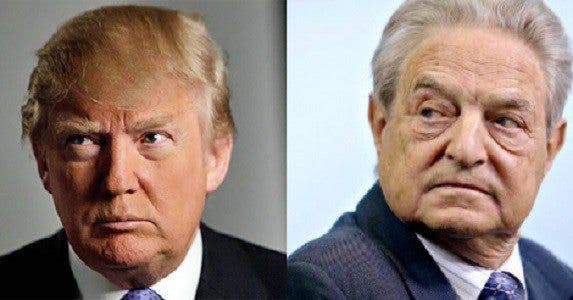 Hungarian-American billionaire George Soros has long been the boogeyman of the alt-right conspiracy theorists and white supremacy groups that support Donald Trump. They have woven a fantastical mythology surrounding the liberal philanthropist, demonizing him for being a “One Man Illuminati Machine” who is responsible for all the heinous liberal plots to destroy Christian White America like the Black Lives Matter movement, the “transgender” movement, the “Muslim invasion” of the West, and purposefully organizing the conflict between the Ukraine and the glorious white imperium of Putin’s Russia, because NATO is an arm of the New World Order and is a tool of Jewish schemes to control the media, and so on and so forth.

Obviously, all of that is nothing but the outlandish delusions of paranoid racists. But given the alt-right’s obsession with Soros, how will the scores of white nationalists, Russophiles, neo-Nazis and Klansmen will react to the news that their anointed champion, Donald Trump, in 2004, took $160 million from George Soros to help build the Trump International Hotel & Tower in Chicago?

Trump told the Chicago Tribune that “It’s a great tribute to Chicago, to the location and to a great design. And, I guess, to Trump, when you think of it. It’s a very expensive building to build because of the quality we are putting into it. So people of course would say, ‘Gee, that’s a lot of money to raise. But for me, it’s not a lot of money. You understand.”

Definitely not a lot of money when you have an actually successful businessman backing you. Trump and Soros were also both named in a 2008 lawsuit concerning the General Motors Building in Manhattan, when they were accused of conspiracy to commit money laundering and bankruptcy fraud. Trump has even defended Soros in the past, saying “Oh, forget Soros, leave him alone, he’s got enough problems” at a 2011 Tea Party rally.

What does this all mean? Does it mean that the Ubermensch of the Trumpenvolk has been corrupted by demonic blood magic? That the Israelis have planted a chip in his brain? That our reptilian overlords are simply trying to discredit the white savior of the European race with their filthy lizard lies?

Or is it just more proof that Trump is a self-serving opportunist who is just exploiting the delusional prejudices of bigots?

To say the alt-right is obsessed with Soros is an understatement: 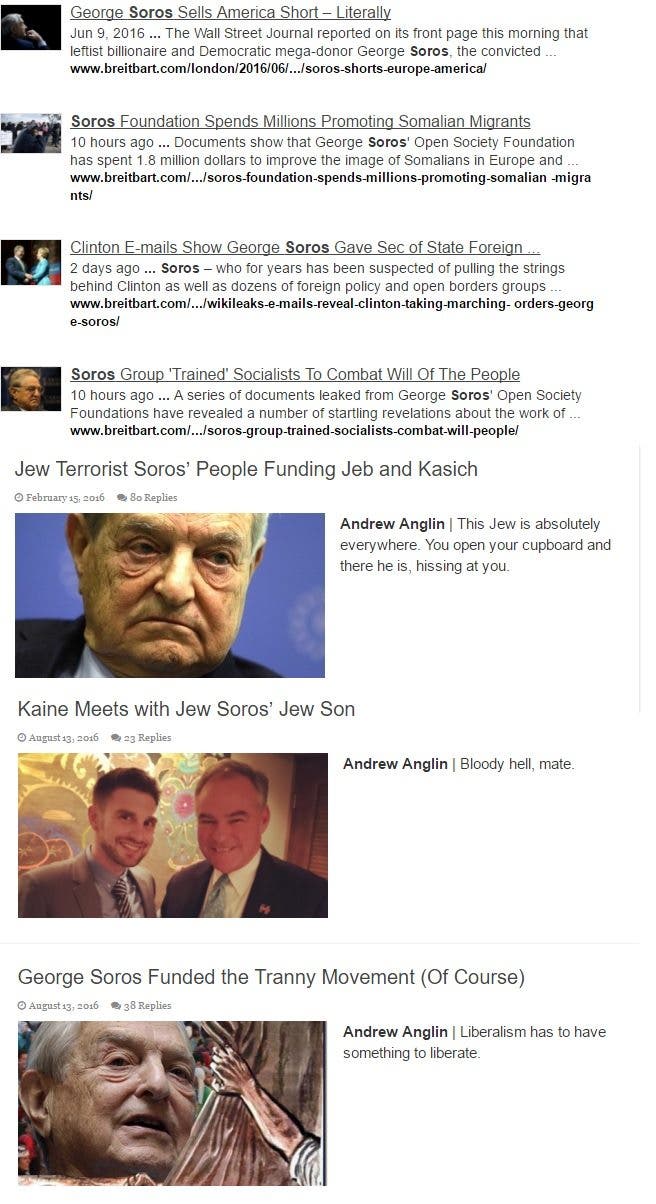